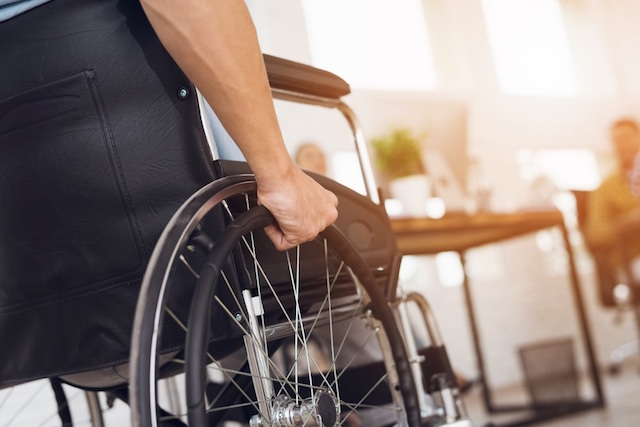 The Act envisages the condition and limitations of persons living with disabilities and makes provision for their inclusion in the society at least as succour to mitigate their emotional and psychological trauma. If the law is implemented, it would alleviate the suffering of persons living with disabilities to a great extent and even curb the menace of using them as object of begging and also relief the relations of this category of Nigerians from bearing the entire burden of catering for them all alone.

But it may not happen easily and this law might just become one of those laws that are just there without being implemented. For instance, the law that prohibits discrimination against persons living the HIV/AIDS is just there and not implemented. That law provided that all places of work must develop HIV/AIDS workplace policy as a way of ensuring that the employers would not maltreat employees because of their HIV status. Up till now, if at all, ita��s rare to see any workplace that has such policy.

The implementation of that law on prohibition of discrimination against persons living with HIV suffered serious setback because there was no push until recently that Lawyers Alert Nigeria, a non-governmental organization took up the case of a man that was sacked by his employer because of his HIV status. Lawyers Alert dragged the employer to court and won the case and the man, Mr X was handsomely compensated while that employer served as deterrent to other employers that tend to behave in the same manner.

Another law that was passed that also face implementation challenge is the a�?Not Too Young to Rulea��. Despite the passage of this law, it was shocking that the percentage of the youth that were elected in the just concluded 2019 election did not commensurate with the expectation in a country with huge population of youths.

One then begins to wonder why the passing and signing the laws since such laws would not be implemented. Then, what is the essence of the legislative arm of government that gulps huge resources from the nation to service the legislators. And whata��s the essence of government without laws when the state exists due to the existence of the law. Why do we then have the judiciary if the laws would not function?

This disability Act is a litmus test to really know the seriousness and sincerity of the administration of President Muhammadu Buhari who is a disciplined law enforcer, given his military background, and who appears to be a man of principle and having a lawyer, Senior Advocate of Nigeria (SAN) and a professor of Law, Yemi Osinbajo as Vice President.

The stakeholders charged the national Assembly and the presidency to ensure gazetting of the law, establish the national commission for disability, provision of fund (budget) for the commission to be effective, create awareness for the law and domestication of the law at the state level across the state of the federation.

In conclusion, the persons living with disabilities are citizens of this country who deserve to live and function unhindered, (within the ambit of the law) but they are at disadvantage in most cases and are often being denied of access and opportunities because of the condition. This necessitated the Disability is law to reintegrate them back fully into the society and give them sense of belonging. This will promote love among the citizenry if well implemented.

11 thoughts on “My View Point on Disability Act in Nigeria”