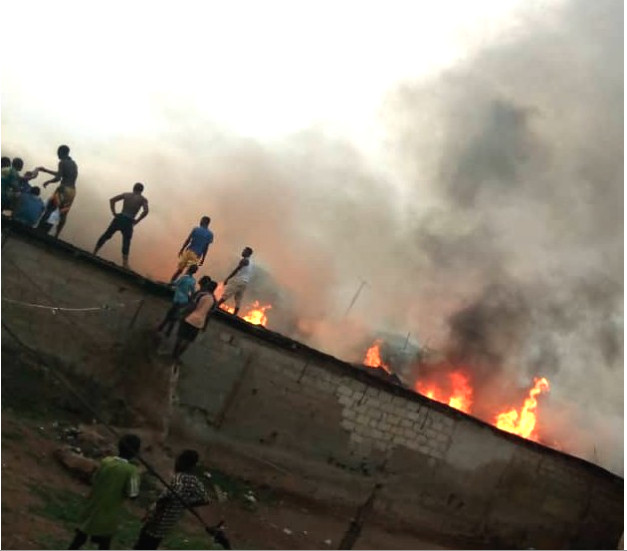 The popular Oja Tuntun market in Ile-Ife, Osun State was razed by a mysterious fire today.

An eyewitness told The Nigerian Voice that the cause of the fire was not know yet.

The fire was put out with the combined efforts of men of Osun State Fire Service and those from the Obafemi Awolowo University.

The commander of the Osun State Fire Service, Dr Michael Ogundipe could not be reached at the time of filling this report.

Opalola said the fire only affected a part of the market and that it was put out on time.

The PPRO and policemen had been posted to the area to prevent hoodlums from looting shops.

Boko Haram: 16 People killed in a fresh attack in Cameroon