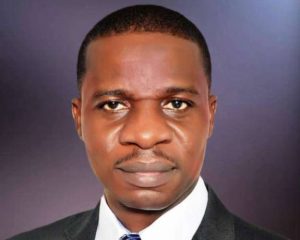 At the resumed hearing June 22, Ajuwon told the court that his bank received a request from the EFCC between February and May, 2016 , asking for the account opening documents, statements of accounts and certificate of identification of the 6th, 8th, 10th and 12th defendants, and that the bank responded accordingly

Led in evidence by the prosecution counsel, Nnemeka Omewa, the witness narrated how Abdusalam used an account of a staff of NAMA, one Felicia Nnenna, to launder the Agency's funds via the accounts of the 9th defendant, Multeng Travels and Tours Limited and Agbolade.

He said: “On January 2, 2013, there was an inflow of N9.8million and another inflow of N8.5million into the NAMA account.

“The sum of N5.7million was transferred into Nnenna’s account on the same date, while two outflows of N15.3million and N10million were made into the account of the 9th defendant, Multeng, on January 8, 2013.

“There was also an inflow of N8.6m into NAMA account, while N2.5million was transferred into Nnenna’ account on the same day. “

“Another inflow of N3.3million was also made into the NAMA account and N2.9m was transferred from the money to the 3rd defendant's account.

Giving further evidence, Ajuwon added that “There was an inflow of N9.8m into the NAMA account on April 23, 2013.

The case was adjourned to October 8, 2018 for continuation of trial.

Protest Marches Are Not Treasonable Offences In Nigeria By Femi Falana