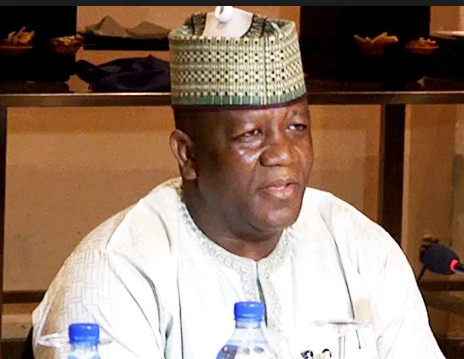 Socio-Economic Rights and Accountability Project (SERAP) has urged a�?the Chairman, Nigeria Governors’ Forum and Zamfara State Governor, Abdulaziz Yari to emulate the example of Senate President Bukola Saraki and make a clear public commitment that the Governorsa�� Forum and all governors will take immediate steps to abolish double emoluments laws for former governors and deputies in their states.a�?

Saraki yesterday disclosed how he inspired the passing of the bill by the Kwara State House of Assembly to suspend payment of pensions to former governors and their deputies when they hold a public office and called on other state assemblies to take a cue from Kwara and pass similar laws in their states.

This followed SERAPa��s request to Saraki on Tuesday urging him to a�?use his leadership position to sponsor a resolution in the Senate that would call on other states to abolish payment of double emoluments to ex-governors and their deputies.a�?

SERAP in a statement today by its deputy director Timothy Adewale said, a�?Governor Yari should show leadership by example by starting the campaign within the Governorsa�� Forum to abolish double emoluments laws from his own Zamfara State, which has passed laws allowing former governors to receive pension for life; two personal staff; two vehicles replaceable every four years; two drivers, free medical for the former governors and deputies and their immediate families in Nigeria or abroad; a 4-bedroom house in Zamfara and an office; free telephone and 30 days paid vacation outside Nigeria.a�?

According to the organization, a�?Following the positive engagement and intervention by the Senate President on the matter, it is now indefensible for the Governorsa�� Forum to remain indifferent to the issue of double emoluments for ex-governors and their deputies. We urge Governor Yari to speak out strongly against double pensions laws and encourage his colleagues to urgently take measures to abolish such laws in their states for the sake of millions of Nigerians who deserve good governance and sustainable development.a�?

The statement read in part: a�?By providing the necessary leadership on the matter, Governor Yari will be sending a powerful message to his colleagues that public function is meant to be exercised in the public interest. Such public commitment and action to abolish double emoluments laws would also be entirely consistent with article 19 of the UN Convention against Corruption to which Nigeria is a state party.a�?

a�?Given the strong influence of senators on their states, we also urge the Senate President to now build on his public statement to state assemblies by immediately taking steps to sponsor a resolution at the Senate on the matter.a�?

a�?The abolition of such laws is a necessary first step towards delivering on the constitutional promise of equal protection and equal benefit of the law for a distressingly large number of Nigerians. Otherwise, public officials will remain seriously out of touch with a major source of poverty and discrimination in the country.a�?

It would be recalled that the Federal High Court in Lagos in January ruled that SERAP a�?has sufficient interest to bring its suit to stop former governors and now serving senators and ministers from receiving double pay and life pensions, and to seek recovery of over N40bn of public funds unduly received by these public officers.a�?

Justice Oluremi Oguntoyinbostated this while granting leave in the suit number FHC/L/CS/1497/17filed last year by SERAP to compel the Attorney-General of the Federation and Minister of Justice Mr. Abubakar Malami, SAN to a�?challenge the legality of statesa�� laws that allow former governors who are now senators andministers to enjoy governorsa�� emoluments while drawing normal salaries and allowances in their new political offices and to identify those involved and seek full recovery of public funds from them.a�?

It would also be recalled that following SERAPa��s letter to Mr Malami, Senate President Dr Bukola Saraki last year told the News Agency of Nigeria (NAN) Forum in Abuja that he wrote a letter to the state government to stop the payment of the pension a�?the moment I saw that SERAP allegation.a�? He said, a�?No, Ia��m not collecting pension; the moment I saw that allegation, I wrote to my state to stop my pension.a�?

So far, Dr. Kayode Fayemi Minister of Mines and Steel Development and his counterparts in the Ministry of Labour and Employment, Senator Chris Ngige, and Minister of Power, Works and Housing Babatunde Fashola have denied ever receiving double payments and retirement benefits as former governors in addition to other roles in public office.

a�?Under the Lagos Pension Law a former governor will enjoy the following benefits for life: Two houses, one in Lagos and another in Abuja estimated to cost between N500m and N700m. Others are six brand new cars every three years; furniture allowance of 300 percent of annual salary every two years, and a close to N2.5m as pension (about N30m pension annually); free medicals including for his immediate families; 10 percent house maintenance; 30 percent car maintenance; 10 percent entertainment; 20 percent utility; and several domestic staff.a�?

a�?In Akwa Ibom, state law provides for N200m annual pay to ex governors, deputies; pension for life; a new official car and utility-vehicle every four years; one personal aide and provision of adequate security; a cook, chauffeurs and security guards for the governor at a sum not exceeding N5m per month and N2.5m for the deputy governor; free medical services for governor and spouse totaling N100m for the governor per annum and N50m for the deputy governor; a five-bedroom mansion in Abuja and Akwa Ibom; and allowance of 300 percent of annual basic salary for the deputy governor; 300 percent of annual basic salary every four years and severance gratuity.a�?

a�?Similarly, the Kano State Pension Rights of Governor and Deputy Governor Law 2007 provides for 100 percent of annual basic salaries for former governor and deputy; furnished and equipped office; a 6-bedroom house; well-furnished 4-bedroom for deputy, plus an office; free medical treatment along with immediate families within and outside Nigeria where necessary; two drivers; and a provision for a 30- day vacation within and outside Nigeria.a�?

a�?In Gombe State, there is N300 million executive pension benefits for the ex-governors. In Kwara State, the 2010 law gives a former governor two cars and a security car replaceable every three years; a well-furnished 5-bedroom duplex; 300 per cent of his salary as furniture allowance; five personal staff; three State Security Services; free medical care for the governor and the deputy; 30 percent of salary for car maintenance; 20 per cent for utility; 10 percent for entertainment; 10 per cent for house maintenance.a�?

a�?In Sokoto State, former governors and deputy governors are to receive N200m and N180m respectively being monetization for other entitlements which include domestic aides, residence and vehicles that could be renewed after every four years.a�?