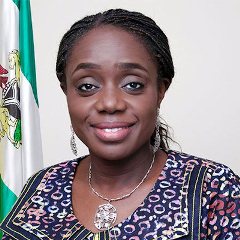 By Federal Ministry Of Finance

Owing to disagreement on remittances by the Revenue Generating Agencies, especially the NNPC, the sharing of revenues for May 2018 that was meant to be distributed in June 2018, was put on hold.

However, the urgent need to cushion the undue hardships being experienced by workers nationwide has made it necessary to distribute the May figures totalling N668.898 billion to the three tiers of Government, while efforts are being intensified to address the unsatisfactory remittances.

The total revenue realised for the month, was shared in line with the extant formula as follows: Federal Government – N282.223 billion; State Governments – N181.167 billion; and Local Government Councils – N136.490 billion. The Oil Producing States received N53.071 billion as 13 per cent derivation. The sum of N15.947 billion was paid to the revenue generating agencies as costs of collections.