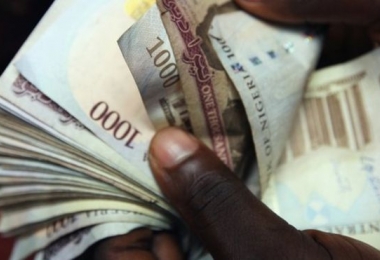 The recent rally in crude oil prices to about $70 per barrel has sparked speculation in industry circles that an appreciation of the naira could be imminent, findings by New Telegraph have shown.

In separate interviews last weekend, analysts told this newspaper that with the Central Bank of Nigeria (CBN) having essentially achieved its objective of rates convergence, it is not inconceivable that the soaring price of oil will eventually lead to the apex bank introducing forex measures that would be primarily aimed at further strengthening the naira.

Since rising above the key $50-a-barrel mark last September, oil prices have steadily climbed to and remained at the $69-$70 range in the past week.

Energy experts point out that the development is not due to speculation, rather it is rooted in fundamentals a�� falling inventories and increasing demand. Indeed, the experts believe that the outlook for crude continues to look bright as U.S. fiscal stimulus, in the form of tax cuts financed by additional deficit spending, could also send prices higher.

Significantly, due largely to the surging oil prices, Nigeria, which relies on crude exports for over 90 per cent of its forex earnings, has seen its external reserves rising to a four-year high of $40.4 billion, according to latest data released by CBN.

The last time the reserves hit the $40 billion mark was January 2014, about five months before the global oil price slump.

While the foreign reserves are still well below the $62 billion mark that they stood in September 2008, the consensus among analysts seems to be that if rise in oil prices persists, the reserves, which had reached a low of $23.6 billion in October 2016, could even hit the $50 billion mark by the end of the year.

Interestingly, the CBN Governor, Mr. Godwin Emefiele, had, at the Annual Bankersa�� Dinner of the Chartered Institute of Bankers of Nigeria (CIBN) in Lagos, last November, projected that the foreign exchange reserves would hit the $40 billion mark before the end of 2018.

The banking watchdoga��s latest data, however, shows that the reserves reached $40.4 billion last Friday, January 5, 2018 and that they increased by about $1 billion between December 2017 and January 2018.

Commenting on how the likely additional accretion to the CBNa��s dollar buffers as a result of high oil prices will affect the naira, a financial analyst and forex dealer, Mr. Mathew Oshobugie, said the local currency is expected to appreciate especially if CBN decides to step up its dollar sales (intervention) in the forex market.

He said: a�?Even when oil prices were slightly below $50 per barrel, CBN was able to sustain its aggressive interventions in the foreign exchange market, thereby result-ing in the current stability that we have in the market.

In fact, as at today, CBN has succeeded in achieving rates convergence, because while the official rate is between N305 and N306 per dollar, there is little difference in rates at the BDC segment of the market (N362/$1), NAFEX (N360/$1) and parallel market (N363 per dollar).

So, I expect that with higher oil prices pushing up the external reserves, the CBNa��s capacity to sustain or even increase its interventions in the forex market will be enhanced.a�?