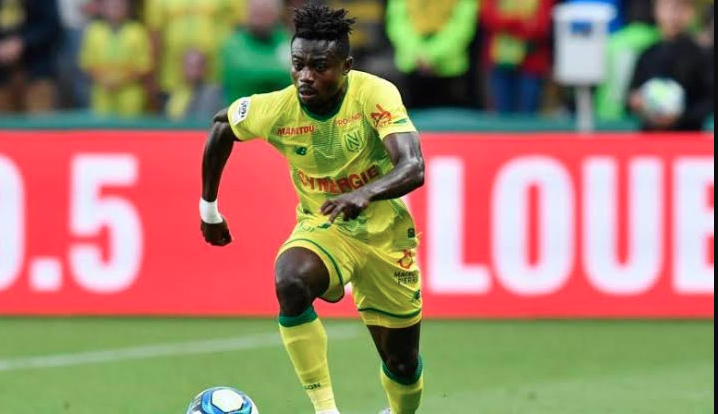 Super Eagles winger Moses Simon has sustained an injury after scoring for his club, Nantes in the French Ligue on Saturday.

Simon scored for Nantes in the 10th minute before limping off just before half time as Nantes played out a 3-3 draw with Dijon.

Nantes coach Christian Gourcuff has revealed that the extent of Simon’s injury will be known next week.

Speaking after the game, Gourcuff said: “His (Simon) exit affected us. Regarding all injuries in the defensive sector, it’s incredible. I hope to have feedback this week.”

Moses Simon has scored nine goals and recorded eight assists in 26 appearances this season for Nantes.