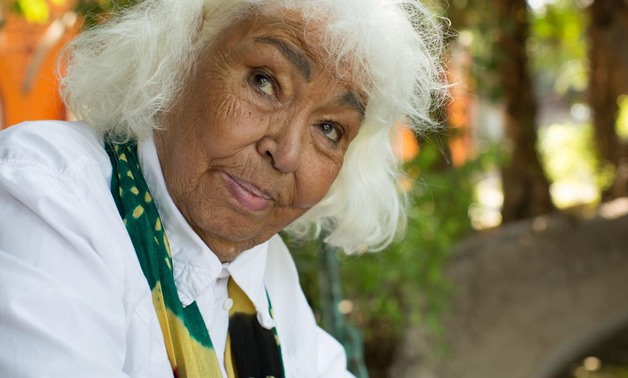 Nawal El Saadawi, is the woman of very many firsts. She is the first woman to be an Egyptian physician, the first feminist writer from the world that is substantially Arabic and Islamic. She is the pioneering activist in the Egyptian world of gender rights movement and feminist politics. She is a pioneering psychiatrist that has committed her life to the liberation of women and speaking truth to power through her writings on the subject of women in Islam, paying particular attention to the practice of female genital mutilation in her Egyptian society.

Nawal El Saadawi,has suffered several stints of imprisonmentand irrational censorship in the name of protection of freedom. She has been on several occasions equated to Simone de Beauvoir, the French woman-writer and feminist Marxist. She is now in in her late 80s. She was recently reported by the conventional Media in Egypt and the social media around the world to be critically ill and also facing a very expensiveeye surgery and post-hospital care bills beyond her means.

Her family faces financial challenges due to harsh political mistreatments she has often suffered. She suffered such mistreatments alongside series of politically instigated conspiracies against her literary efforts perpetrated by the Egyptian politics of the day. These atrocities perfected limiting of Nawal El Saadawi’s earning power. Now she lies in hospitalpenniless, a situation which calls for empathy and sympathy from the literary community from Africa and around the world as an appreciation for her decades of self-sacrifice and courage towards human dignity.

Nawal El Saadawiwrites in Arabic and in English. She is the author of sixteenspell binding novels, fifteen critical nonfiction books, nine gender focussed short story collections, six memoirs that reflects her life as a liberal feminist writer living in Egypt. She also have three plays on her name. Nawal El Saadawi is 87-years-old. Her literary life has beenseries of persecutions by successive Egyptian governments for her tireless crusades and advocacy for feminism and against genital mutilation. Her pen has been evidently mauverisck in condemning religious fundamentalism and brutality of the hijab often socialized as the Islamic veiling of a girl and a woman. Nawal El Saadawiis best known for her novel Woman at Point Zero (1982), El Saadawi was also the subject of a 2017 BBC One series feature. She is on record for having spoken the Unspeakable on behalf of those silenced by tyranny of faith, brutality of political power and pinching power of poverty.

The Tragedy Of An Illiterate Populace… In Real Terms

IMN: What does it Mean to be a Terrorist Organization?