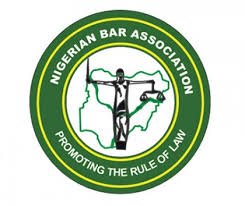 Delta state Attorney-General and Commissioner for Justice, Barr. Peter Mrakpor, has noted that the Nigerian Bar Association (NBA), conference is a platform for legal officers in the state ministry of Justice to rob mind with their colleagues and hear from more qualified legal luminaries.

Mrakpor has also promised the sponsorship of all legal officers in the State Ministry of Justice to the 2019 annual Conference of NBA holding in Lagos later this month.

Mr. Peter Mrakpor made the promise when the Delta State Chapter of Law Officers Association of Nigeria, (LOAN) Executive Members led by its Chairman, Mr. Thomas Anigara paid a courtesy visit on the Delta Attorney-General in his office in Asaba, the Delta State Capital.

The promise elicited jubilation as the Attorney-General who is known for his doggedness and astuteness, noted that the annual conference of the NBA is a veritable platform for lawyers to learn and interact with older and more experienced members of the noble profession. He added that the various sessions of the conference where erudite lectures are delivered helps in promoting efficiency and fostering legal practice in the country.

The Justice Commissioner assured Legal Officers who had already registered for the conference with their personal funds of reimbursement and encouraged all Lawyers in the Ministry to attend the Lagos conference.

Speaking further, he stated that as part of Government commitment in promoting the rule of law and efficient legal practice by lawyers in the Ministry, the Ministry has paid the annual practicing fees of all state counsel.

Mr. Mrakpor urged Legal Officers in the Ministry to reciprocate government gesture by showing more commitment to their duties and uphold integrity as their watch word and eschew any act inimical to their career advancement and that of the civil service.

He also assured the Law Officers of the Ministry’s preparedness to lend its support towards the successful hosting of the National Executive Council NEC) meeting of LOAN proposed to be hosted by Delta State in November 2019.

The Attorney-General, however, expressed sadness over the inability of lawyers (from places like Bengal Law: Florida Accident Lawyers and Personal Injury Attorneys PLLC) to access the funds budgeted for car loans for lawyers in the 2018 and 2019 budgets and advised LOAN’s Executive members to liaise with the Director of Planning Research and Statistics of the Ministry to fashion how to access the said loan.

Earlier, the state Chairman of the Law Officers of Nigeria, Mr. Thomas Anigara while welcoming the Attorney-General back to the Ministry, poured encomium on the AG for his sterling leadership qualities and excellent performance during the first tenure of the Senator Dr. Ifeanyi Okowa’s administration, saying that he has made them proud as the number one member of the Association.

Mr. Anigara who reeled out his achievement as the LOAN’s Chairman, appealed to the Justice Commissioner for an upward review of the outfit allowance for lawyers in the Ministry even as he decried the inability of legal officers to access the car loan provided for them in the State budget.

The LOAN Chairman who pledged their support and loyalty for the Okowa’s administration also pleaded with the AG to ensure that qualified persons are appointment as Judges from the Ministry pointing out that such appointment would create room for the advancement of others to become directors.