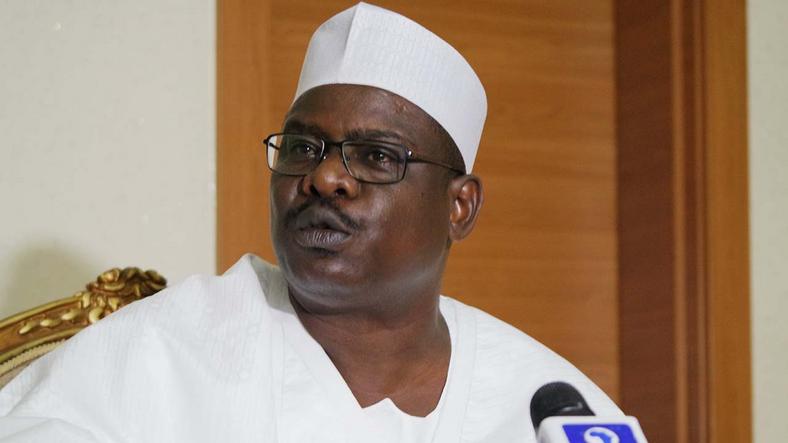 The move by the APC leadership and National Leader of the party who since 2015 have been campaigning and mobilizing for Senator Ahmed Lawan, the senate leader to clinch the senate President seat has reached a cul de sec weekend.

From all indexes, the National Leader of the All Progressives Congress (APC), Asiwaju Bola Tinubu, and other party leaders have failed to convince Senator Mohammed Ali Ndume to drop his political ambitions to vie for the Senate presidency.

Close associate of Ndune told our Correspjndent that the leadership of APC and some top influential senators met last week and decided to reach out to Ndume to show their solidarity, who is contesting the position against Senator Ahmad Lawan.

Some political associates in the name of concerned group of Pro-Lawan senators-elect were in Maiduguri on Friday to meet Governor Kashim Shettima, also a senator-elect, but were disappointed when they could not meet with him as shettima was said to have travelled abroad to Indian on official engagement.

a�?The governor, who was probably aware of the Pro-Lawan senatorsa�� visit, travelled out of the country before their arrival.

It was learnt that the pro-Lawan senators returned to Abuja on Saturday evening disappoined to wait for the return of shettima back to Nigeria this weekebd. However, it was disclosed that some APC leaders were in secret talks with PDP senators-elect to support Lawan for the Senate Presidency who are loyal and friends as well as members of Senator Saraki group that have not been in good terms with senator Ndume.

In the same vein, the leadership of the ruling APC is at loggerhead with the presidency over the insistence of some senator-elects to contest the Senate presidency despite endorsement of Senator Lawan.

It will be recalled that Ahmed Bola Tinubu has been quoted in the past as saying those not in support of the partya��s zoning arrangement for the National Assembly positions were free to leave the party.

While there are speculations that the party leadership has threatened to expel any member who decides to move against its stand on the leadership of the National Assembly.

Nevertheless, a member of the APC National Working Committee confided with our correspondent that, a�?the truth of the mater is that, for now, the issue of expulsion of our members who are threatening to move against the partya��s choice is not on our bill board or score card.a�?