NECO RESULTS: Why we can’t blame the students!

NECO RESULTS: Why we can’t blame the students! 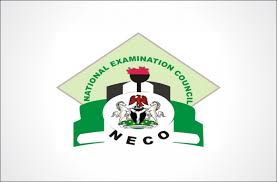 For about a decade or so, academic performance, in the light of external examinations has been infamously disturbing and increasingly deteriorating. This phenomenon has failed to limit itself to a particular nation, though, predominantly prevalent in the developing world. Leading educationalists have analysed this ugly development in its most critical form, with pragmatic solutions suggested. Why these remedies have failed to yield pleasant results seems transcendental. According to the National Examination Council, more people in 2019 had failed to obtain five credits, English and Mathematics, inclusively, compared to the previous year’s results. As a matter of fact, around 14% decline could be accounted for. From this helpless comparative analysis, we should not be tempted to blame the students, thus, let’s look elsewhere.

In the year 2014, a member of the Lagos State House of Assembly blamed the appalling performance of the candidates in the 2014 May/June WASSCE on unstable power supply. Chief Yomi Ogunusi noted further that constant power outage in the nation is a major reason why many students perform poorly in examinations. Once, it is a matter of mass failure or problematic performance, many variabes readily make themselves indictable. In today’s world, especially, in Nigeria, the majority are gradually coming to admit the Biblical assertion of many are called but few are chosen. These days, most people would rather be surprised and stupefied if the results of an external examination do not greet us with the same sad and usual news. Dangerously, we are getting used to the news of ranting failure among candidates and accepting it as fate.

Expectedly, students should prepare rigorously for their examinations which is a proven cure for failure. An endless list of literature exists on the causes of mass failure of students at the terminal level. Laziness, bad reading habit, overconfidence, cramming, finance, diet, wrong company, and ill-equipped teachers have continued to top the list of culpable factors of poor examination performance. We cannot completely dismiss and disregard this, however, students, like the Ola Rotimi’s The gods are not to blame, may not be blamed too. We may be wrong in casting critical hailstones at the students. We can’t blame them my friend! In a world of unrestrained technology, in fact, we live in a technology world where smart devices and mobile phones are in their full supply and availability. There is a growing presence of social media sites and video games. It is only reasonable to believe that only 10% of the senior secondary school students may not have a personal phone or have access to any phone. This distraction is huge and unrelenting. A sane use, regulation, control and supervision of the phone time is largely beneficial. It is high time, we stopped allowing the young adults to be or act as the lord of their phones. A child psychologist once submitted that what teenagers call fun is their enemies. When there is a moderation in the consumption of phone related activities, the young adults may invariably spend more time on reading, group study and past questions.

Following our error at regulating the presence of the young adults on the social websites and platforms, we need to seemingly, challenge our schools. Too many schools with less qualified teachers or subject specialists. In fact, the unbelievable takes place in some schools, where the same teacher is assigned to teach four subjects as a means of being judicious with their resources. Many of the students are inadequately prepared, thus, causing them innocent harm. Many school owners have no business with quality staff, any graduate or a lower qualification holder is better, just to patronise cheap labour. As a classroom teacher, sometimes ago, parts of my daily duties were to instruct over a hundred students across several classes. In the eventuality of a break down, the students, who of course, must have paid for the teaching services are left to play away their time. While they- the students seem delighted, at least, free time to play, we understand, as teachers that we can’t prevent the attendant consequences. Our classes are sometimes full of abnormalities, there by, forcing failure on the students. It is true, as Barack Obama once noted, that if we have the best teachers, the most sophisticated classrooms and libraries in the world, without committed students, failure is indispensable. Let there be normalcy first. Every school owner should do the needful and teachers do the ideal. Government should be sincere while parents be more proactive in the education of their children. When this is done, the gods can now be blamed. Apologies to Ola Rotimi! When our parts and duties have been unquestionably discharged, then the students can, forthwith, be blamed.

On a final note, we can’t provide the students with a cheating ladder and suddenly withdraw it. This, in my view, is tantamount to murder or attempted murder. Our schools have taught our students to depend on them instead of themselves in the exam. This has forced the innocent young ones to view success in external examinations as dependent on the school not on them. This has been demonstrated by the surprising movements of students from one school to another when any external examination knocks. Now, we have trained them to believe, totally and unreservedly, that schools determine results not their efforts. In fact, we lure them with hyprocratic statement such as, clear your exam once, 8 A’s guaranteed. With this, our students have lost faith in personal development as it is a waste of time, they have no any other explanation for a good result other than malpractice, since they have paid for some unholy assistance in the examination, in turn, the schools have paid the supervisors the worth of their integrity and the teachers have been assured of some financial returns on the unholy investment in the examination, our students can only reasonably come to one conclusion- it is both brainless and useless to burn the midnight oil. Why burn it at all, since parents will partner with the schools; and schools with the supervisors to grant access to a well-tailored answers, carefully prepared by their teachers. In summary, the students think, since we have all this kind of synergy, energy and arrangement made on our behalf, why burn the midnight oil at all? When we fail, look else, do not blame us for the gods are to blame, except when all righteousness has been fulfilled.

8 thoughts on “NECO RESULTS: Why we can't blame the students!”