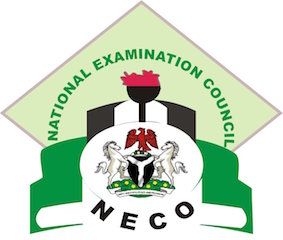 Like other societal ills, examination malpractice has wreaked a lot of havoc on the nation. If truth be told, most cases of collapsed buildings, death through medical negligence, drug trafficking, armed robbery, drug adulteration, separatist agitation, kidnapping, insurgency, low quality political leadership as well as other vices bedevilling the society are direct consequences of examination malpractice.

It was for this reason, as well as the need to open a second window for school leavers that government came out with the National Examination Council (NECO). What this means is that the minimum of four weeks between NECO examination and its competitor should provide a second chance for average students who, for some reasons, have realized their shortcomings in the examination conducted by the West African Examinations Council (WAEC) to get their act together when they get to write NECO examinations. Until NECO came, school leavers never had this golden chance in one examination year.

In its two decades of existence, NECO has truly matured. Today, the body conducts examinations that are widely hailed and acknowledged as credible. The body has succeeded in doing this by being a step or two ahead of fraudsters. Whatever internal mechanisms NECO put in place to curb examination malpractice have proved to be effective! This is evidenced by thegradual disappearance of the examination body’s live question papers from the radar of fraudulent school proprietors and ‘miracle centres’. Credit for this goes to NECO management team led by Acting Registrar, Mallam Abubakar Gana.

One major outcome of plugging holes with a view to conducting credible examinations has also led to gradual change of attitude on the part of students who, hitherto, relied on the services of so-called miracle centres. From the look of things, more parents and their wards are beginning to see NECO in a different and, more positive, light! Expectedly, the innovations have rekindled the hope of a world-class examination body in Nigeria.

Among several advantages, NECO provides students who overcome examination fever the opportunity not to waste an extra year to qualify for admission into tertiary institutions! Expectedly, the measures to combat examination malpractice have led to unfair assessment of NECO by beneficiaries of the rot of the past who believe it should be business as usual. NECO management team needs the support of Nigerians in the war against examination malpractice if the examination body is to sustain the modest gains it has recorded in credible examinations.

Central to NECO’s effort is sanitizing activities at its custodian points. Hitherto, it was at this point that most atrocities were perpetrated. NECO management discovered this early in the day and promptly dispensed with the services of ad hocstaff at custodian points; the vital role is now played by its bona fide staff. Under the prevailing arrangement, dishonest custodians would be putting their jobs on the line if they are caught abetting malpractices! What is more, NECO, unlike its competitors, practices the costly but foolproof practice of delivering question papers on examination days.

Still, there is the need for NECO management to continue to stay ahead of fraudsters. Reason for this is that, over the past several years, examination bodies other than NECO have suffered the fate of having their live question papers posted on social media by fraudsters several hours before the commencement of examinations. In its bid to escape this fate and to continue to conduct credible examinations, NECO management cannot afford to lower its guard. This will entail adopting a combination of factors.

The starting point is for NECO management to concede that, like other human organisations, NECO has its fair share of venal officials who would do anything for the love of lucre! If they have their way, it is these in-house venal and corruptible officials that will sabotage NECO management’s genuine effort at building a world-class examination body. The searchlight must constantly be focussed on Janus-faced officials.

In this regard, more has to be done to safeguard question papers at various NECO state offices and when they are on transit to custodian points. From the look of things, it is at this critical point that malpractices could be perpetrated. One of two things could be done in this regard; either state offices are bypassed as storage points for vital examination materials or, if they must continue to play the role, patently incorruptible officers should be drafted to head state offices! In all instances, management must insist on applying necessary sanctions in the event of infractions.

Ultimateely, the establishment of a NECO printing press is the right way forward. What this means is that NECO management can exercise direct control over staff of the printing press who should normally be bona fide staff of the organization. If the success of protecting NECO website from hackers is anything to go by, it is accepted that NECO would be able to exercise total control if it prints its question papers. In the meantime, it might not be a bad idea to consider the National Mint as printer of first choice for NECO examination papers.

Rising cases of examination malpractice is an indication of how corrupt and morally bankrupt most Nigerians, high and low, have become. By its nature, examination malpractice is a manifestation of how morally bankrupt the country has gone. Because many students rely on parents and miracle centres to pass examinations, the tendency is that students no longer see any dignity in hard work. The patriotic message and prayer in the national anthem is lost on many.

The essence of any educational system is to inculcate the spirit of discipline in its recipients but, this is not possible in a society here all manner of illegalities have been elevated to an art! Instructively, the Minister of Education, Mallam Adamu Adamu has consistently emphasized that any genuine effort at national rebirth and moral rejuvenation will come to nought if education is not revolutionised.

Of significance is that steps taken by NECO management since Abubakar Gana took over as Acting Registrar reinforce the belief that the country’s national examination body is on course to joining the league of the world’s top examination bodies.

Magaji [email protected] > is based in Abuja

Beneath the Treasury Bills Restriction

Madumere And Trails Of Legacy

Nigeria: Arriving Golgotha What Next?