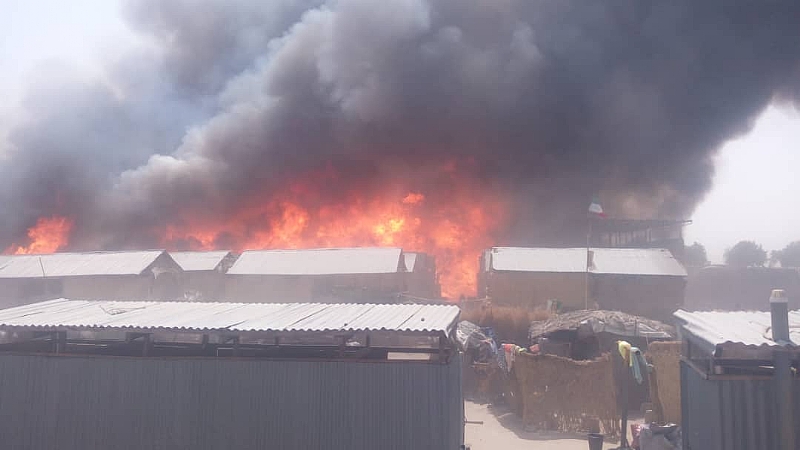 The fire incidents occurred Flatari and Nguro IDPs Camps of Monguno town where thousands of IDPs from Abadam, Kukawa, Guzamala, Nganzai and Monguno have been taking refuge following incessant attacks and threats by boko haram insurgents in the sorroundjng villages and towns of the 5 LGAs in the extreme northern part of Borno State.

He further noted that the fire incident was recorded on Saturday, April 27 night and the information only reached the NEMA officials late the next day Sunday.

The statement added that about 371 IDPs were said to be displaced from the two fire outbreaks recorded at the two camps.

He further said that NEMA in collaboration with the Borno State Emergency Management Agency (SEMA) had expedited action to provide support to the victims of the fire disaster.