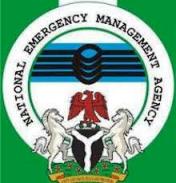 These are indeed trying times. The floods are here again, and as usual, thousands are affected. Homes have been destroyed, farms have been washed away, and the list goes on. While it is succinct to state that just like in other climes where natural disasters such as hurricane, earthquakes, and floods have continued to wreak havoc, the responses of disaster management agencies come to bear in no small measure in cushioning effects and giving those affected a sense of belonging and a life afterward.

And this brings us to the recent flooding experienced in some parts of Nigeria as a result of heavy rainfalls that causes rivers Niger and Benue to overflow. As at the last count, Niger Kogi, Anambra, and Delta states have been declared as National Disasters by the National Emergency Management Agency (NEMA). It is also understood that Taraba Adamawa, Kebbi, Edo, Rivers, Benue, Bayelsa and Kwara states are being monitored carefully by NEMA.

In this regard, I will start on a high note. The preparedness and responses by NEMA have been excellent in my opinion. I recall when the Nigeria Hydrological Services Agency issued a warning that Rivers Benue and Niger had almost reached levels that resulted in flooding in 2012, NEMA issued a statement informing Nigerians on its preparedness for the flooding and it also consequently issued precautionary information to these communities.

Now, this is why I decided to pen this article. Kogi state is among the worst hit states and as at the last time I checked, the director general of NEMA, Engr. Mustapha Maihaja has somewhat relocated to Kogi state. This was aside from the fact that he had held series of meetings with stakeholders to assess the reports from the fact-finding committees that visited flood-prone states after the warning by the Nigeria Hydrological Services Agency. I was more than impressed, and in my opinion, this was indeed a proactive approach and a radical departure from that norm that placed so much emphasis on reactionary activities.

I stand to be corrected, NEMA in the past two years had indeed shown how and what it meant to have a disaster management agency in a country, as they worked with some of the best Disaster Volunteers. This is in line with the adoption of the preventive disaster management operations introduced into the agency by the director general, Engr. Mustapha Maihaja. I also recall that sometime in 2017, while addressing the 2017 General Session of the Global Platform on Disaster Risk Reduction (DRR) in Cancun, Mexico, the DG was quoted as saying “support from the political leadership in Nigeria has enabled a giant stride towards ensuring appropriate actions on reducing risks, disaster preparedness, mitigation and recovery in the country. He also said the Federal Government has empowered and equipped NEMA to comprehensively manage disasters in Nigeria, with a fully functional Department of Disaster Risk Reduction already created in the agency.

Now, this was why I wasn’t surprised and also impressed with the responses of NEMA in recent times in disaster management in Nigeria. Hear what the DG has to say: “President Muhammadu Buhari approved N3 billion for the first stages of preparedness, response disaster mitigation and it was on that note that stakeholders under the coordination of NEMA had activated a National Contingency Plan, a policy document, which gives NEMA the power to establish operational structure. An operational structure has been put in place with a National Emergency Operational Centre domiciled at the NEMA headquarters and five Zonal Emergency Operational Centres (EOC).”

I am left in awe whenever I hear the DG of NEMA speak on issues concerning disaster management. His grasp and understanding thrill me, so much so that I have told all that cared to listen that one of the best decision of President Muhammdu Buhari was to have appointed a highly detailed and competent individual to head NEMA. And why they would always ask me.

The reason is simple. Which category of people is mostly affected by disasters? The answer is obvious, and that is mainly why I am in praise of President Muhammdu Buhari because he has demonstrated that this is a government that is concerned about the ordinary Nigerians unlike in times past where our inefficiency in disaster management results in loss of lives and wanton destruction of properties.

Back to the crux of the issue, NEMA’s outings in disaster management in the past two years can best be described as impactful. It is instructive to state that DG has visited almost all parts of the country that has in one way or the other experienced any form of disaster, be it human-made or natural for on the spot assessment and also leading rescue and relief operations. For example, the DG of NEMA was on the ground during rescue operations when a building collapsed in Abuja recently. He was also in Benue during the September 2017 flood that affected scores of villages in the state. And the list goes on.

In my opinion, what this signifies or indicates is that there is a government that cares and holds that critical constituency so dearly and the need for them to feel the impact of his administration. This is even aside from the efforts of NEMA in assisting the Nigeria military in the resettlement of thousands of Nigerians that were displaced as a result of the insurgency in North East Nigeria. It also suffices to state that under this arrangement, thousands of Internally Displaced Persons (IDPs) have successfully returned to their communities. This is also commendable.

The list can go on without end. But what is instructive and a takeaway from the activities of NEMA is that once there is a will, there would always be a way. This much the DG of NEMA has demonstrated with the support he has received from the political authorities. And if most political office holders exhibit this much patriotism, Nigeria would indeed be better for it.

Adamu is a public affairs analyst and contributed this piece from Abuja.

A�Dino Melaye: The era of military junta is back