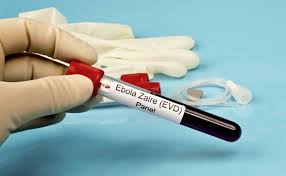 The World Health Organisation (WHO) said it has immediately scaled up its response after two new cases of Ebola Virus Disease were confirmed in the Democratic Republic of the Congo (DRC).

The new Ebola cases were identified on Tuesday in a remote area of the country's north-west, near the town of Bikoro, near the Congo River, by Government scientists there.

WHO said the two positive samples, out of five tested overall, had come from the Iponge health facility, located close to Bikoro, and additional specimens were being collected for further testing.

“Our top priority is to get to Bikoro to work alongside the Government and partners to reduce the loss of life and suffering related to this new Ebola virus disease outbreak.

“Working with partners and responding early and in a coordinated way will be vital to containing this deadly disease,” Peter Salama, the Deputy Director-General for Emergency Preparedness and Response at WHO, said on Tuesday.

WHO said it would adopt the strategy it successfully deployed following a similar Ebola outbreak in 2017, which included a timely alert by local authorities when new cases surface.

The UN health agency said it would also adopt prompt testing, immediate notification of results, and a fast overall response by local and national authorities together with international partners.

A multidisciplinary team of experts from WHO, Médecins Sans Frontières and the Government has already been deployed to Bikoro to coordinate and strengthen the response, the organisation said.

Matshidiso Moeti, the Regional Director for Africa at WHO, underlined the importance of strong coordination from the outset.

“We will work closely with health authorities and partners to support the national response,” he said.

WHO has also assigned dedicated staff and resources across the agency to tackling the outbreak, and released some one million dollars from its emergency contingency fund to support efforts over the next three months, and stop the disease spreading.

The situation on the ground in Bikoro, situated along Lake Tumba in Equateur Province is particularly challenging, given its distance from the capital and the limited availability of health services, WHO said.

The global health agency said facilities in the town had to rely on international organisations for fresh medical supplies.

The latest outbreak is the ninth outbreak, since the discovery of the Ebola virus in the country in 1976.

The UN agency said the virus is endemic to DRC, and causes an acute, serious illness which is often fatal if untreated.

The virus is transmitted to human through contact with wild animals and can then be passed from person to person. Ebola is fatal in about 50 per cent of cases.

An outbreak in West Africa, which began in 2014 left more than 11,000 dead across six countries, including Nigeria, Liberia, and Sierra Leone, was not declared officially over by WHO until the beginning of 2016.

This is followed by vomiting, diarrhoea, rash, symptoms of impaired kidney and liver function, and in some cases, both internal and external bleeding. (NAN)

Seek justice and reparation for victims of attacks by herdsmen, SERAP tells Buhari