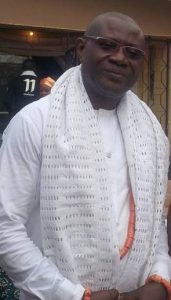 The Nigeria Football Federation (NFF) on Wednesday said the late Austin Mgbolu, its former spokesman, was a thorough and forthright journalist whose wise counsel advanced the football game in Nigeria.

Mohammed Sanusi, the federation’s General Secretary, in a statement by its Communications Department, said Mgbolu’s death was not only sad but a big loss.

a�?This is very sad. I pray that God Almighty will protect the family and loved ones he has left behind and give them the fortitude to bear this big loss.

a�?He was a thorough professional who did his job to the best of his ability and even as an analyst on television. a�?He was forthright and provided wise counsel for the advancement of the Nigeria game. We pray that God will grant him eternal rest,a�? he said.

The NFF, in the statement, also said Mgbolu was a�?a highly conscientious, energetic and dedicated professional who left giant marks for predecessors to follow”.

News of the death of Mgbolu, who served as the Public Relations Officer of the then Nigeria Football Association (NFA) between 1993 and 2001, had emerged on Wednesday morning.

Reports had it that Mgbolu had a major surgery in January and appeared to have regained good health, before complications early on Wednesday led to his being rushed to the hospital. He later died at the hospital.

Nicknamed a�?Booster” for his magnanimity and encouragement of younger professionals, Mgbolu worked at the then NFA during the administration of the late Emeka Omeruah, retired Col. Abdulmumuni Aminu and Kojo Williams. He also worked briefly with the then NFA board led by the retired Brig.-Gen. Dominic Oneya who came into office when Williams was impeached in 2000.