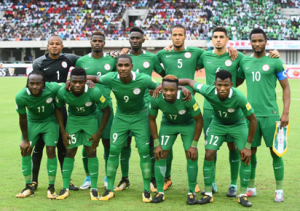 The Nigeria Football Federation on Wednesday in Lagos made public its 2018 FIFA World Cup program for the Super Eagles, revealing venues and dates for six pre-World Cup friendly matches, kit launch, camping programmes and venues, the team base camp, sponsors’ event and how the team will travel during the World Cup finals proper.

The program explained that the Eagles will play Poland, Serbia, Democratic Republic of Congo, England, Czech Republic an a yet-to-be-named South American team on the way to the World Cup finals in Russia.

On 7th February in London, kit sponsors NIKE will unveil the official kit the Eagles will use at the World Cup finals, while a Sponsors/Partners event will hold also in London hours after the friendly with England’s Three Lions at Wembley on 2nd June.

Seedorf : It's time Man Utd, Mounrinho considered what would work for club