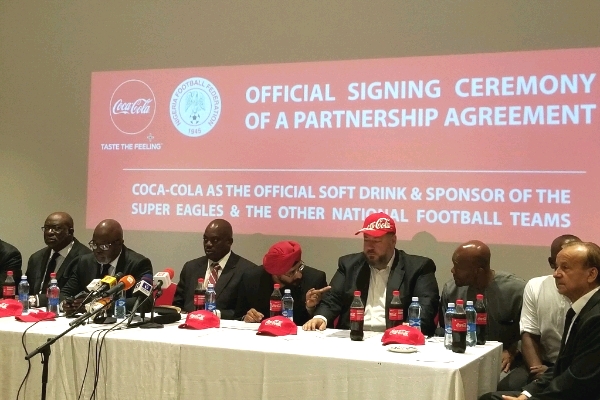 The Nigeria Football Federation have signed a deal worth $4 million with Coca-Cola, who will become the Official Soft Drink Partner of all Nigeria National Teams.

NFF made the announcement at the official signing ceremony held at the Eko Hotel and Suites, Victoria Island, Lagos on Wednesday.

Super Falcons Duo of Asisat Oshoala and Onome Ebi were also in Attendance.

NFF also Announced that the Super Eagles will play series of Friendly matches to prepare the team for the 2018 World Cup in Russia.

England vs Nigeria – June 2 (in England)

Nigeria vs Czech – June 6 (in Austria)