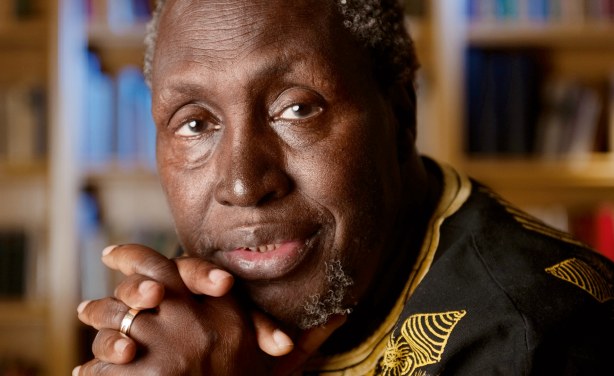 Ngugi wa Thiong’o has been in Germany for a whole of this week attending a literary event known as voices of Africa. This event began on 18th June and it will end on 24th June 2018. He has been reading from his works at the event. During, the interview with Mohamed Khelef, a Journalist in Germany, Ngugi stressed that African languages need to talk to each other as the basic step for the good future of African literature. Ngugi informed his audience that there is a very crucial role that African languages play in empowering the continent. Espresso Transcription and translation services offers a vast array of multi-language transcription services to meet all of your needs. We provide both same-language and multilingual transcripts in over 150 different languages, covering many dialects and accents. Whether it be a same-language, transcription and translation services, or even subtitles in a time coded format, look no further.

However, Ngugi blames the older generation in Africa for letting down their young people. Ngugi blames Africans of his generation for imposing European languages on the African youths. In this respect Ngugi argued that,‘African youths can do well, only that we the older generation had to let them down, and the wrong thing we have done is we have made the languages of Europe as if they are the only ones which can bear knowledge, intelligence and everything else.’

Ngugi out-rightly stated his policy towards use of language in literature, the policy which he called triple language policy.He summed it that, ‘If you know all, and I mean all, the languages of the world and you do not know your mother tongue that is enslavement. If you know your mother tongue and add all the languages of the world to it that is empowerment.’

Ngugi stressed that there is need for a new and revolutionary language policy in Africa, where we have a triple language policy that gives respect to all the mother tongue, lingua franca and then French or English or whatever as the cultural basis for effective decolonization of Africa.

Ngugi rationalized his approach to triple language policy by arguing that giving priority to African languages will build the correct attitude among the African populations, and thenself-confidence, inventors, discoverers, and makers of things through local self-confident engineers, inventors, and makers of things using the locally available gold, diamonds, copper and with all the resources available in Africa.

When recommending about his latest book, The Mind, Ngugi said that; ‘since all good books from Europe are written in European languages, then the future of African literature lies in African languages. African languages quite frankly are the new frontier and we must go there and explore. It is like a virgin territory that has not been explored yet and wonderful things will happen to us.’

In regard to the possibilities and feasibility of African languages talking to one another,Ngugipointed out the feasibility by using an example of his shortstory called The Upright Revolution, he wrote the in Kikuyu, and the story was anthologized in the 2015 issue of Jalada literary magazine.Later on the story was translated into 71 languages the world over, 50 of them are African.

These are the same arguments that Ngugi made three years ago at the Rene Wellek annual lecture. The Rene Wellek lecture was later converted into Globalectics, a book of critical essays published in London by James Currey. In this book Ngugi argued for freedom and growth of indigenous languages, the languages he described as subaltern languages. However Ngugi himself teaches special English at Irvine University, California. He has not yet started on any research about orthography, alphabets and institutional structures that can support African languages in Kenya. Ngugihas also never explained why the East African region must withdraw from Kiswahililanguage back to a cocoon of more ethnic and region based languages like Turkana, Giriama or Ongiek.

Nigeria And The PathwayA� To Genuine Peace.