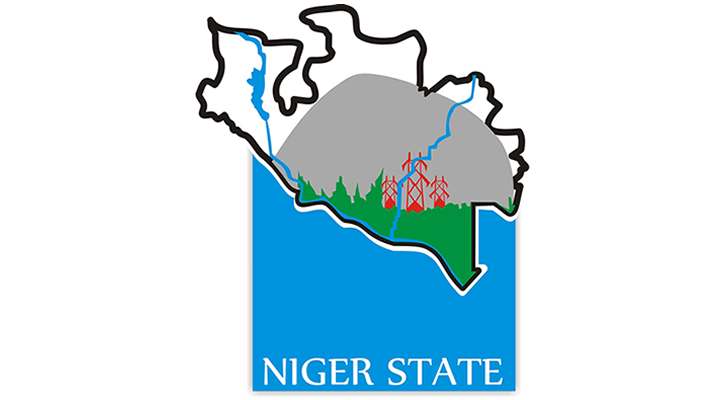 I left ABTC or Ahmadu Bahago Teachers’ College, Minna four months after Niger state was created in February, 1976 and was privileged, as a final year student, to be part of the crowd that welcomed its first governor, then Navy Captain (?) Murtala Nyako, to the capital of the brand new state! After spending four of my teenage years in Minna, it feels safe to say I belong, in more sense than one, to those who are loosely referred to as ‘Minna brought up’.

We looked forward to 1976 for the simple reason that it was our final year of schooling in Minna. But excising Niger state from the old North Western State was something that never crossed our young minds when General Murtala Ramat Muhammad became Head of State on July, 29, 1975. The state creation exercise and decreeing Abuja into existence on February 3, 1976, were bonuses which the Federal Military Government warned should not be unduly celebrated or condemned.

February 13, 1976 was the day the dipsomaniac and renegade army officer, Colonel Bukar Suka Dimka of the Nigerian Army Physical Training Corps and his colleagues struck. That was ten days after the state creation exercise. It was also the day we concluded the final teaching practice, a mandatory six-week field exercise for the award of Grade II Teachers’ Certificate. I was in a team that went to Beji, in the outskirt of Minna.

On Saturday February, 14, a few of us had hardly settled down at our roadside rendezvous by the school soccer pitch when, out of the blues, an unsmiling, fierce-looking Army Captain, surrounded by three stern-faced recruits, surrounded us. Boy! Did the Captain give us a scare!The officer, the future Colonel Tanko Ayuba asked what we knew of the happenings of the past 24 hours and, apparently satisfied with the responses he got, turned on his heels and literally leapt into the front of the Landrover car the way he had jumped out.

Niger state has come a long way since those early days and the transformation of Minna has been spectacular. Forty three years ago, going to any part of Minna from ABTC was like a journey to another planet! But, between then and now, Minna has transformed from the sleepy, largely agrarian and semi-urban settlement that we left behind in 1976 into a bustling and bubbling city. Back then, we looked forward to our unsanctioned nocturnal trips that routinely took us to the train station. We would normally assemble at Kasuwan Dare, the night market, for the return trip! Bosso, the third centre of attraction, had little appeal.

Niger state has truly matured in those forty-three years. The uniqueness of the state is that it has remained peaceful despite the confusion in neighbouring states. If anything, this is an indication of how proactive successive administrations have been. In more sense than one, the state is unique. Minna, the magnetic capital of the state has a way of wooing and retaining Nigerians from far and near.. This predominantly agrarian state has the largest land mass in the country and plays host to the nation’s major hydro-electric stations. Niger is home to the famed Gurara waterfalls and Zuma Rock, two of the nation’s best known tourist attractions.

Until recent times, motorists and regular visitors to Niger state were quick to attest to the fact that the state probably had some of the worst network of roads in the country! To visitors and residents alike, the decayed and decaying infrastructural facilities that dotted the state was at variance with hyped advertisement of nothingness by the immediate past administration in the state. There was a palpable feeling of outrage among residents on the eve of the advent of the APC-led government of Governor Abubakar Sani Bello aka Abu Lolo in 2015.

Today, things are gradually beginning to look up! Governor Sani Bello, not used to the style of the former administration in which he briefly played a prominent role as a cabinet member, is charting a new course. After an initial slow-paced take-off that expectedly set tongues wagging, the government appears to have stabilised and, with two years to go in its first tenure, the Abu Lolo administration is providing answers to challenges posed by its critics.

One of the surprises the administration gave its critics was its ability to tinker with the unwieldy wage bill it inherited. In fairness to it, the former administration made an attempt to sanitize the wage bill when it engaged a consultancy firm to determine the actual size of the state’s workforce. But, for inexplicable reasons, the administration demurred each time it was expected to act on the findings of the staff audit exercise which identified some 7000 ghost workers.

At his inauguration in May 2015, Governor Sani Bello promised not to play to the gallery by initiating new projects. His position was to complete abandoned projects that litter the state .It was a wise decision that pitched the administration against well-placed individuals who abandoned projects that were paid for. That the Abu Lolo administration is working, in the face of dwindling revenues, has been due to the uncompromising stance of the government to get defaulting contractors back to site.

As things stand, decayed and decaying infrastructures across the state are receiving attention. Taps are running in many parts of Minna, the state capital and other parts of the state. Hitherto overstretched health and educational facilities are being rehabilitated and rural and urban roads are receiving round-the-clock attention. The administration’s pledge to frog jump urban and rural electrification is gradually paying off.

At inception, the administration identified tourism as a potential revenue earner. It was not an idle wish, considering dwindling federal allocations that challenged state governors to begin to think out of the box. As part of plans to improve the state’s internally generated revenue, the administration has vowed to turn Gurara waterfalls, Zuma Rock and other sites into money-making ventures by 2022.

Nigerlites, as the people of Niger state prefer to be addressed, have good cause to be stand with their governor as he takes the state to the next level. What is more, Governor Sani Bello is executing public office without any razzle-dazzle.


Magaji < [email protected] > is based in Abuja