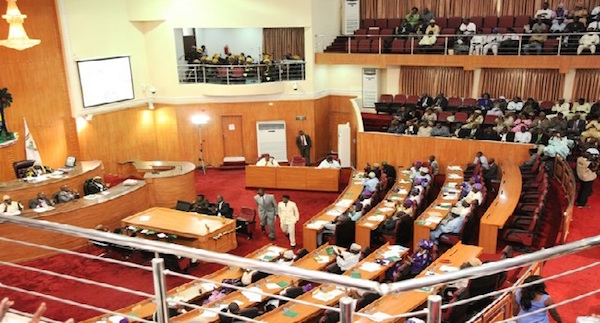 The Niger State House of Assembly has passed 13 bills since it came on board in June 2015, its Speaker, Alhaji Ahmed Marafa, said on Saturday in Minna.

Marafa told the News Agency of Nigeria (NAN) that 10 of the bills had been signed into law by Governor Abubakar Bello.

He said that nine other bills were at various stages of committee scrutiny, adding that such scrutiny usually focus on their possible impact on the lives of the citizens.

“Our role as legislators is to enact laws that will improve the living standard of the populace; we will always be guided by the possible effect of each law on the lives of the common man,” he said.

Marafa said that the legislature and executive had maintained a cordial working relationship, and commended the governor for executing projects that had enhanced the living standard of rural dwellers.

He also commended the governor’s prudence in the management of limited resources, and promised that the House of Assembly would offer every support necessary to make Niger better.

Marafa also reacted to suggestions that the legislature was a “mere rubber stamp to the executive”.

“The two arms of government don’t always have to be at loggerheads; we believe that Niger will gain more if we work together toward a common goal.

“If people feel we are rubber stamps because we are giving the executive the support it needs to move the state forward, then so be it.

“When you hear of legislature-executive friction, often times it has to do with personal interest. In Niger, we do not allow such private interest to becloud our judgement and focus,” he added.