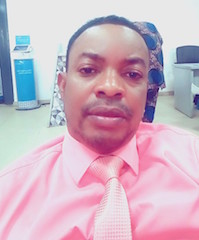 Nigeria ranks 20th among other economies of the world with $2318 projected GDP for 2019. However, in 1960 when Nigeria became independent, the world community said clearly and was even publicized that three nations would emerge and join the community of nations like the U.S.A and Japan. Those countries mentioned were China, Brazil,

India and Nigeria. Unfortunately today, of all the four countries – only Nigeria has not emerged! India has emerged. Brazil has emerged.

China has not only emerged but has become a global superpower. Sadly for us as nation, Nigeria has not emerged and has not even laid a foundation for its emergence. The reason why Nigeria has not emerged is -human! The critical thing for the greatness of a nation to emerge is human. It is not the amount of Gold or diamond that you have, nor the amount of oil and gas that you have. Not even the amount of cocoa, palm-oil, cotton and rubber that you have. It is the human element that comprises of the leadership. The human element in Nigeria is only 4% and material 96%. The 4% has not being able to meet up with the 96% material element to make us grow. Whereas in Japan, only 2% is material resources and 98% is human resources. It is the same thing in America and even in Europe.

Leadership is undoubtedly a very big challenge in Nigeria. Having a competent, effective and purposeful leadership that is capable of turning its highly chorused great potentials into real economic and political power has been quite elusive for Nigeria. That is why today we are not making any headway.

adulthood. Lao Tzu’s three lessons – all from the Tao Te Ching -provide us with insights into Lao Tzu’s idea of successful leadership, and hold up just as well in 2019 as they did when he wrote them around the fifth-century BC.

Lao-Tzu wrote about servant leadership in the fifth-century BC: “The highest type of ruler is one of whose existence the people are barely aware. The Sage is self-effacing and scanty of words. When his task is accomplished and things have been completed, all the people say, ‘We ourselves have achieved it!'”

What is happening in Nigeria is best described in W. B. Yeats’ words in The Second Coming: we are: “Turning and turning in the widening gyre; The falcon cannot hear the falconer; Things Fall Apart; the centre cannot hold; Mere anarchy is loosed upon the world”. Truly, things are falling apart in Nigeria and undoubtedly the centre can no longer hold. That is why anarchy today is threatening the foundation of our existence as a nation. Today, the theory of vulgar

individualism and fetish corruption has triumphed over the political firmness and sharpness of the leadership of the country.

And in another text of his colossal works, Lao Tzu educates us thus: The wicked leader is he who the people despise. The good leader is he who the people revere. The great leader is he who the people say, “We did it ourselves”. Antonio Francesco Gramsci, an Italian Marxist philosopher and communist politician also said: “the entire science and art of politics are based on the primordial fact, in that there really do exist rulers and ruled leaders and led”. Sustaining his thought, it will have to be considered how one can lead most effectively; how leaders may best be prepared to be leaders, and how they can tell the lines of least resistance from the rational lines along which they should proceed to secure the consent and admiration of the led or ruled.

Respect and obedience must be earned and solicited. Understanding of this principle and its strict observation by those who are charged with leading is necessary. This distinguishes a true leader from those who think that they are bigger than the country and the people that voted them into power.

By honouring the history of what brought us together as a nation and the future of the country we seek, we need ‘servant leadership’. Leaders cannot expect that respect and obedience must be automatic and that their decisions and actions must be followed without question. Servant leaders must be accountable to the people they lead, and by so doing, accept public scrutiny but not personalised insults and be prepared to explain their political actions and inactions at all times instead of hiding behind conspiracy theories.

11 thoughts on “Nigeria And The Urgent Need For ‘Servant Leadership”