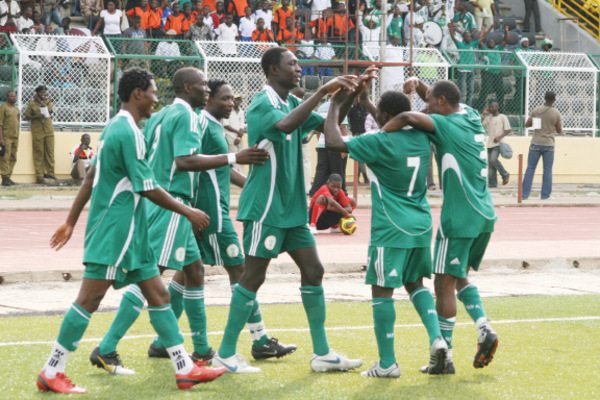 The Home-Based Eagles defeated the Palancas Negras of Angola 2-1 to advance to the semi finals of the 2018 CHAN in Morocco.

Angola took the lead in the 55th minute through forward Va before Anthony Okpotu equalised in the 92nd minute to take the tie to extra time.

Gabriel Ikechukwu scored a dramatic winner for Nigeria in Extra time to send the Super Eagles to the last four.

Nigeria will play Sudan on Wednesday,While Host,Morocco takes on Libya for a place in the Final.

Libya beat Congo 5-3 via penalty shoot out after playing out a 1-1 draw in the regulation time to set up a clash with Morocco.

Meanwhile, The Super Eagles Captain,Ikechukwu Ezenwa was named the Man Of The Match after putting up an impressive performance in between the sticks as Nigeria saw off the scare of Angola.

President Weah – How Super Eagles Can Impress In Russia