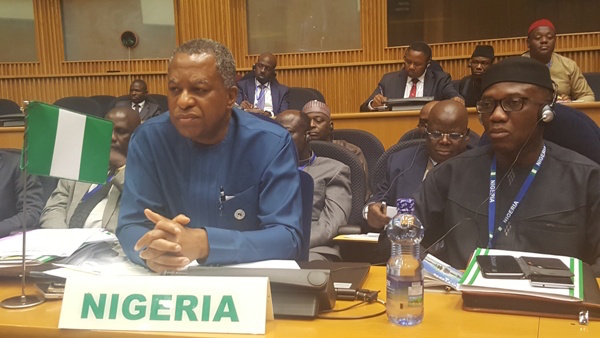 Nigeria has successfully brokered peace between Morocco and Saharawi Democratic Republic (SDR) on the wordings of the report of the human Rights abuses between the two countries.

The News Agency of Nigeria (NAN) on Sunday reports that mediation took place barely a day after Nigeria assumed the leadership of the AU Peace and Security Council (PSC) at the 31st Executive Council meeting of the 39th AU Summit in Addis Ababa.7

Me. Geoffrey Onyeama, Nigeria’s Minister of Foreign Affairs who led the peace team told newsmen that Nigeria’s leadership of the PSC in peace and conflict came at the right time.

“The invitation for Nigeria to mediate in the crisis with Morocco and SDR is the new confidence that the AU has in Nigeria and to call on her to play a bigger role in the organisation.

The minister explained further that Morocco had threatened to block the work of the Executive Council meeting of the AU because the council could not arrive at an agreement on the report of an evaluation mission to the SDR.

`We could not arrive at any agreement because those who were supporting Morocco stuck to their positions and wanted to see the paragraph removed while those for SDR wanted it to stay.

“Nigeria agreed to mediate and we met with the representatives of the two countries, and we were able to find an acceptable solution and the council of ministers were very relieved.

“We were able to get them to agree to the text the council proposed to them.

“It was not easy to get both countries to agree but it is very important for the organisation because, we have to look at the bigger picture, Onyeama said.

Meanwhile, Prof. Yemi Osinbajo, Acting President of Nigeria is expected to attend the 29th Ordinary Session of the Assembly of the AU.

Onyeama said Osinbajo will address the Union mostly on the institutional reforms and the issue of financing the AU.

“We want to reform African Union and there is a proposal already on the table especially on how to finance the union.

“Nigeria is one of the key contributors to the union and of course the acting president will be engaged in the whole issues that concern ECOWAS including issues of finance and institutional reform, ‘’ he said.

Saharawi Democratic Republic is a partially recognised state that controls a thin strip of area in the Western Sahara region and claims sovereignty over the entire territory of Western Sahara, a former Spanish colony.

SADR was proclaimed by the Polisario Front on February 27, 1976, in Bir Lehlou, Western Sahara, a former communist liberation force (modeled after that of Cuba) which has since reformed its ideological and political views.

It calls the territories under its control the Liberated Territories or the Free Zone.

Morocco controls and administers the rest of the disputed territory and calls these lands its Southern Provinces.

11 thoughts on “Nigeria brokers peace between Morocco and Saharawi Republic”