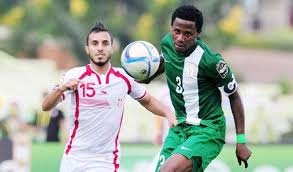 Akas made his senior international debut for the home-based Eagles in a 1a��0 friendly defeat by the Ivory Coast in January 2015. He captained his side for qualification for the 2016 African Nations Championship.

That’s been my goal since I came here to sign a contract with the association. Therefore, it feels good that it is finally clear. I see myself as a quick left-footed player who plays at the left of the back line. I also have good qualities like ball winners and have a nice foot in fixed situations.