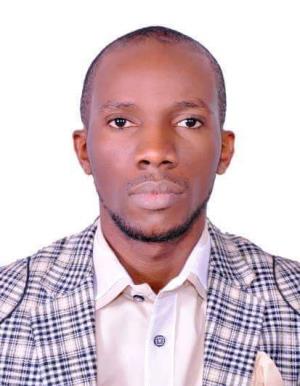 The World Internal Security and Police Index International recently released its 2016 report which rates Nigeria Police as the worst in the world. The Force, according to the assessment of the world body was at the bottom rung of the ladder in terms of how it handles its internal security issues.

The report which was made public by a group of researchers and scholars working with the International Police Science Association (IPSA) and the Institute of Economic and Peace (IEP) predicated their ratings on key factors such as process, capacity, legitimacy and outcomes in both present and future crime detection, prevention and general police international best practices.

That the Nigeria Police has not met the set criteria for international standard on a global assessment would not be a surprise to many Nigerians, who have been criticizing its method and approach. It is not in doubt, that not a few Nigerians have perennial issues with the way police conduct investigation and handle prosecution. Even the much touted slogan of police being one’s friend only exists in the imagination of those who coined the phrase. The general attitude of an average Nigeria policeman towards the civil populace is that of hostility and brutality. We are daily confronted by personnel of the Force who are constantly willing to transfer sundry aggressions on the hapless citizens.

Many Nigerian citizens and residents have come to accept this offensive attitude of the Police as an accepted professional norm and practice because of its national pervasiveness in all its formations. Few others have indefatigably spoken against this by frequent litigations against such brutality.

If the police authority sincerely wants to do self-assessment to know how Nigerians feel about its operations, they should conduct a performance survey to know the pulse of Nigerians about them. Such internal self-appraisal mechanism would be an effective check on their modus operandi, instead of waiting for such international embarrassment.

The tendency here is a well known Nigerian culture of not willing to accept genuine criticism. We are a people who would rather refute any assessment that does not praise or extol our performances to the high heavens. If Nigeria Police was rated the best in the world in spite of their obvious inadequacies, I believe they would be now celebrating without interrogating such possibility. I think the culture of impunity, which neither has regards for structure nor procedure is the bane of our socio-cultural advancement in an ever dynamic globalized system.

Here in Nigeria, government agencies would like to set exams, mark and score themselves very high. They would want to be seen as performing at a superlative level even if this clearly stands logic in the head, and this is why such international ratings which always show our abysmal performance is inevitable.

The Nigeria Police cannot sincerely claim to deserve anything better than such an unbiased global verdict on their performance. Take for instance the fact that, it is boldly written everywhere in their stations that bail is free, yet even a day old police recruit has mastered the act of manipulating the process to squeeze out some wads from the accused persons. It appears they perfected these skills while in the police college, they know how to make a complainant buy pen, paper, file and other sundry things to document their cases. The vehicle is always empty of fuel and must be filled before any movement is ever contemplated.

Do not forget that every state police command has an anti-corruption unit, but you would soon realize how you have made a comedy of yourself, if you ever go there to report any erring officer for corrupt practices or unprofessional conduct. Everyone has his story upon leaving a police station. Our police stations have different narrative for different classes of people. For instance, opulent and influential business men are treated differently; there is also a story for politically exposed persons who are not persecuted by the powers that be. But by far the ugliest scene of the police manipulative prowess is seen when a common man finds himself in the police net. He too would have a story to tell but be sure that it would not be anything near the much publicized slogan of police being one’s friend.

If they are not the friends to the majority poor masses of the nation, who are they friends to? Of course the less than 5 percent privileged class, which they also serve as their ADC and security guards, cannot justify that slogan. To this special specie, they are at their whims and caprices and of course best of friends. After all they (the police) risk their lives to serve and save them.

The size of the Force which stood at 305,000 according to 2016 disclosure cannot optimally police more than 180 million people in Nigeria. This number and the eternal paucity of funds may have significantly accounted for that low rating, but instead of addressing the obvious setbacks in the Force, it is traditional to blame the rating on the usual international conspiracy against the country.

We want to conclude that in spite of the preponderance of ineptitude and malfeasance in the force; the Police still remain the only institution constitutionally charged with the onerous responsibility of maintaining peace and order in the country. And with the current capacity building and retraining of its officers, a great improvement in service delivery may be in the offing.

A VOICE FROM THE GRAVE