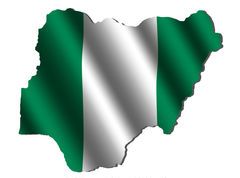 When Nigeria’s apparently hen-pecked Presidential Elections petitions panel upheld the controversial re-election of Nigeria’s President Muhammadu Buhari a fortnight ago, a political tremor was felt many thousand miles away. It would seem that wherever Nigerians may be found around the globe, a thick pall of gloom and doom descended upon them.

It was more the case that slowly but surely, Nigerians are increasingly coming to the realization that President Buhari has nothing positive, constructive or progressive to offer to the nation. He never had, he does not have and it would appear, never will he have the capacity to selflessly lead for the benefit of all and not just selfishly for the benefit of his own Fulani ethnicity.

Buhari is more of an iconoclast. A destroyer. A demolisher. A man of violence and bloodshed. Anything and I mean everything the man touches, crumbles into dust in his wake. Nigerians could not have elected a man better qualified to demolish their country and hurtle them back into the dark ages than they did when they elected Muhammadu Buhari as President.

This reminds me of an American demolition contractor I encountered a while ago. Let us call him Harvey. You see the American economy is so competitive and dynamic that you daily, have to be on top of your A-game to survive and thrive. Inevitably market forces compel you to specialize in order to maintain a competitive advantage. Which brings us back to Harvey.

“Look I come from a construction background,” he told me. “My father and grandfather before him were contractors. My grandfather was a residential building contractor, while my father was into commercial building. I was the black sheep of the family. The never-do-well son. But you know what? I am bigger today than both of them ever were, even if you adjust for inflation.”

“I was always a problem child. I did not enjoy studying. My dad wanted me to be an engineer. But all I liked to do was to take things apart. Not to build up. I would destroy any electronic or mechanical equipment I came across, if I was bored. I never wanted to put them back up together.”

“That was how I got into the demolition business. I started as an apprentice wrecker, then worked my way up. Along the way I got a couple of old beat up dumpsters (lorry trucks) and started my own business. The rest as they say is history.”

“The big break came for me when I got a demolition job in an urban sprawl. It was an eye-opener. I did not make a single cent after paying my workers, but I learnt a lot. I learnt that there is a big difference between dirty demolition, the type you do in the countryside where the specs are relatively lax, and clean demolition, the type you are forced to do in upscale areas and central business districts.”

“Not surprisingly, the tighter the specs, the greater are the profit margins if you know your stuff. So I specialized in clean demolition. Look right now, I can do a clean demolition of a tall city building and the neighbors would not even realize what is going on other than the in and out movement of dumpsters, I make sure to use the best roll off construction containers to make the clean up process a lot faster.”

“Clean demolition is now a science as much as it is an art. It is getting precise. You know this country is a very litigious one. In fact, it probably pays better to be a lawyer in America than an engineer.”

“Before we do a controlled explosion in an urban sprawl we have to establish before hand the potential trajectory of the minutest debris. We have to map the potential debris field to avoid doing damage to neighboring structures as well as vehicular traffic and pedestrians.”

“We have to plant and daily monitor the readings of vibration monitoring devices placed in strategic locations. Otherwise the neighbors could sue us for cracks or damages to their own buildings.”

I knew exactly what Harvey was saying, having planted, downloaded, analyzed and transmitted the results of a few vibration monitoring devices myself.

Harvey continued. “I have a demolition engineer in my staff. He does all the fancy stuff like designing and planning the demolition operations, controlled explosions, mapping of the projected debris field, and haulage logistics, using the latest bespoke demolition software. I pay him top dollars, but I make sure I get serious value for my money from him. And I must tell you I do,” he said rubbing his hands with satisfaction.

“Sometimes I regret why I did not take my studies seriously to become an engineer, like my father wanted. If I had the aptitude for engineering, I would probably have ended up as a demolition engineer myself,” he said.

“But heck, then I would probably not be where I am today as the boss. Win some, lose some. I can tell you it is more rewarding to be the boss than to have to report to a boss like you do,” he said mockingly.

Harvey went on. “I may not be an engineer, but I am the boss and owner. Demolition engineers report to me,” he said pointing to himself. “I tell you it is more fun to be on the boss-side of the executive table than to be on the other side. What else can a man want?”

As I listened to Harvey, it occurred to me that Nigerians unbeknownst to us, have a demolition expert as the nation’s boss. Unlike Harvey however who is a clean demolition boss, our President, Muhammadu Buhari is a dirty demolition specialist.”

The debris field resulting from his dirty demolition of the tenuous sinews that bind Nigerians at best, is very extensive. But then what do you expect from a supposed ‘man of integrity’ who cannot find his secondary school leaving certificate which he claims to possess, yet could not summon the courage or discipline to personally apply for an attestation from the relevant examinations body after so many years.

Nigerians are possibly the most amazing people in the whole world. That is the most polite way to describe a people who ravaged by a deadly cancer (Fulani expansionism) championed by no other than President Buhari himself, are instead pre-occupied with a minor migraine (the Biafra secessionist bid) championed by the relatively harmless, Independent Peoples of Biafra movement, IPOB.

Expansionism of course is a peculiar, perverted form of communism which substitutes the wholesale national community with a particular ethnicity – the Fulanis. Like all forms of communism, it is destined to failure. And fail it has socioeconomically, as the Buhari years in office from 2015 till whenever he departs office, will surely count as Nigeria’s lost years.

Seemingly irrecoverable years lost to debilitating nepotism, abnegation of merit and arbitrary resource allocation, including the 100 billion naira Buhari reportedly intends to dole out as reparation to terrorist herdsmen. Note that nothing has been earmarked for the rehabilitation of the innocent peasant victims of the killer herdsmen, whose groans of woe cry out to God daily for justice and vengeance.

All hope is not lost however. Given a strong will and very hard work, it is possible for us Nigerians to rebuild our nation after it has witnessed a socio-political disaster and economic debacle such as Nigeria has experienced under Buhari.

Such future rebuilding will not be possible without a civil war however if Nigerian ethnicities succumb to Fulani expansionists who using the instrumentality of state-assisted terrorism, collectively seek alternate homelands in other peoples’ ancestral ethnic domains instead of individual homesteads as typical sojourners.

Nigerians should therefore resist all forms of Federal Government malicious incursions into their ancestral ethnic domains and waterways, either now or in the future, in whatever guise or form.

It is one thing to lose years of development to Buhari’s misrule, which we may recover from peacefully, sooner or later. It is another thing altogether to lose ancestral lands, ethnic identity or ethnic sovereignty to expansionist Fulani, which is not recoverable without war and bloodshed in the near future.

How Money and Life will shape 2019