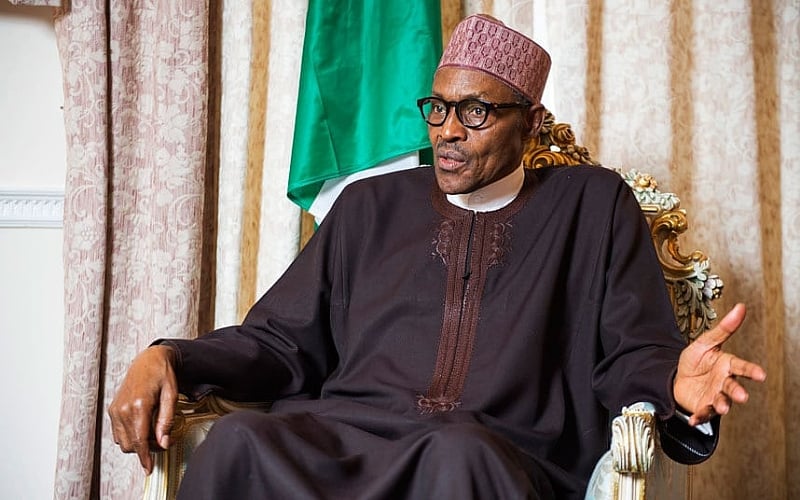 Hundreds of Nigerians have started arriving Washington D.C. to stage a protest and counter protest in support and disapproval of President Muhammadu Buhari during a meeting with President Donald Trump.

Some prospective protesters in Washington DC on Friday said the counter protest against Nigerian activists became necessary to defeat the false propaganda that President Buhari is not popular at home.

a�?We want to defend the President against the so called activists, we want to show the international community that Nigeria is fully behind President Buhar”.

Mr. Buhari left Nigeria on Saturday for a meeting with President Donald Trump at the White House in Washington DC on Monday April 30, but protests await him there.

In a statement, the presidency in Nigeria said the meeting with Trump is a�?to discuss ways to enhance the strategic partnership between the two countries and to advance shared priorities, such as promoting economic growth, fighting terrorism and other threats to peace and securitya�?.

After meeting with Trump, Buhari will meet with a group of business persons in agriculture and agro-processing, dairy and animal husbandry.

Ahead of the Presidenta��s visit, Nigerian officials will be meeting with Boeing, the largest aircraft manufacturer in the world to discuss Nigeriaa��s National Carrier Project, while on agriculture, they will meet with large equipment manufacturers with focus on harvesting and post harvesting equipment, spokesman Femi Adesina said in a statement on Friday.

a�?In the area of transportation, the officials will meet with the GE-led consortium for the implementation of the interim phase of the narrow gauge rail concession.

a�?In the interim phase, a substantive concession agreement will be negotiated and finalized to provide the consortium the opportunity to invest an estimated $2bn, to modernize the rail line from Lagos to Kano (Western Line) and from Port Harcourt to Maiduguri (Eastern Line),a�? Adesina said.

During the meeting, the concession framework and the interim phase framework agreements are expected to be signed.

But, even as Mr. Buhari prepares to land in Washington DC, thousands of Igbos, an ethnic group in Southeastern Nigeria, have begun arriving the American capital for a major protest against the 75-year old Nigerian leader.

Members of the Indigenous People of Biafra (IPOB) would storm the White House on Pennsylvania Avenue in Washington DC on April 30 when Mr. Buhari would be meeting with President Donald Trump.

In a statement in Washington DC, the organizers of the protest said Mr. Buhari, a retired Nigerian Army General, is responsible for the death of thousands of Igbo activists who have been demanding independence from the oil-rich but dilapidated West African country.

The leader of IPOB, Nnamdi Kanu, disappeared in strange circumstances, fueling speculations that he was abducted by Nigerian security forces following an attack on his residence.

Our team of reporters in Washington DC would bring you live developments inside and outside the White House on April 30.

The protesters would also accuse Mr. Buhari government of committing grave human rights violations across the country, and for not prosecuting those who perpetrated them. The accusations would also include the atrocities perpetrated by Fulani herdsmen throughout Nigeria.

Igbo activists have argued that Nigeria has not treated the Igbo fairly following the civil war of 1967-1970 that left at least two million of their people dead as they tried to break up.

The protests would be coming days after the United States government on Friday released a damning human rights report on Nigeria, saying grave violations continued to increase in 2017 while officials who perpetrated them were almost never prosecuted by the administration of President Muhammadu Buhari.

Why it matters: President Buhari is scheduled to meet with President Donald Trump at the White House on April 30, and both men would likely discuss further U.S. military assistance to Nigeria against the backdrop of serious human rights violations by security forces who use the same weapons to kill civilians.

The U.S. annual report on global human rights violations, released in Washington D.C. on Friday afternoon, said the administration of President Buhari a�?took steps to investigate alleged abuses, but fewer steps to prosecute officials who committed violations, whether in the security forces or elsewhere in the governmenta�?.

a�?Impunity remained widespread at all levels of government. The government did not adequately investigate or prosecute most of the major outstanding allegations of human rights violations by the security forces or the majority of cases of police or military extortion or other abuse of power,a�? the report said.

You can read the executive summary of the report here. Human Rights Report on Nigeria Today News Africa

It said the most significant human rights issues included extrajudicial and arbitrary killings; disappearances and arbitrary detentions; torture, particularly in detention facilities, including sexual exploitation and abuse; use of children by some security elements, looting, and destruction of property.

There were also civilian detentions in military facilities, often based on flimsy evidence; denial of fair public trial; executive influence on the judiciary; infringement on citizensa�� privacy rights; restrictions on freedoms of speech, press, assembly, and movement

This was in addition to official corruption; lack of accountability in cases involving violence against women and children, including female genital mutilation/cutting and sexual exploitation of children; trafficking in persons; early and forced marriages; criminalization of status and same-sex sexual conduct based on sexual orientation and gender identity; and forced and bonded labor.

a�?The groups conducted numerous attacks on government and civilian targets that resulted in thousands of deaths and injuries, widespread destruction, the internal displacement of approximately 1.8 million persons, and external displacement of an estimated 205,000 Nigerian refugees to neighboring countries, principally Cameroon, Chad, and Niger,a�? the report said.

Boko Harama��s numerous attacks often targeted civilians. The group, which recruited and forcefully conscripted child soldiers, carried out scores of suicide bombingsa��many by young women and girls forced into doing soa��and other attacks on population centers in the Northeast and in Cameroon, Chad, and Niger.

a�?Abductions by Boko Haram continued. The group subjected many abducted women and girls to sexual and gender-based violence, including forced marriages and rape. The government investigated attacks by Boko Haram and ISIS-WA and took some steps to prosecute their members, although the majority of suspected insurgent group supporters were held in military custody without charge,

a�?In its response to Boko Haram and ISIS-WA attacks, and at times in response to crime and insecurity in general, security service personnel perpetrated extrajudicial killings and engaged in torture, sexual exploitation and abuse, arbitrary detention, mistreatment of detainees, use of children by some security elements, looting, and destruction of property. The country also suffered from ethnic, regional, and religious violence,a�? the report added.