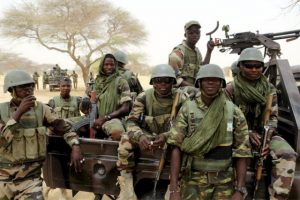 The Commander of Operation Safe Haven in the Area, Idong Ekpeyong, told newsmen in Kafanchan that the suspects were arrested when the tanker with registration number: MDG 86 XA was discharging the product at Lesar Filling Station along Kachia road in Zonkwa.

Mr Ekpeyong, colonel, said the product with Bill number: 7000056996 was detailed from Lagos to Sambo Oil Filling Station, Deidei, in the FCT.

He said the suspects and the tanker had been detained at the Forward Operation Base in Kafanchan and would be handed over to the appropriate agency for further action. (NAN)