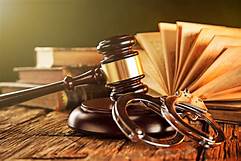 A Nigerian suspected to be a member of an international drug cartel has been arrested by India’s Anti-Narcotics Cell in Mumbai with cocaine worth USD171,000 (equivalent of N61.5 million).

The 35 year-old Nigerian identified as Bonaventure Nzubechukwu Nwude was arrested on Monday night, after he received the cocaine parcel from a Mozambican in Delhi.

The seized cocaine is ’96 per cent pure”, according to a police spokesman, Shivdeep Lande.

“This drug cartel is being run from African countries whose members used to visit India to deliver the contrabands. They hide the drug capsules in their abdomen by swallowing them”, Lande said.

Nwude who had visited India in 2002 and 2004, was scheduled to leave for Taiwan from Mumbai.