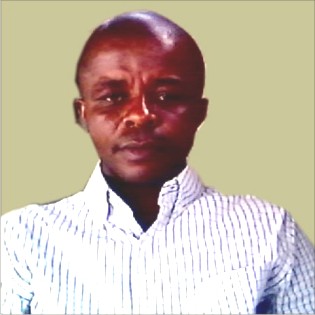 I remember with nostalgia how a friend amidst euphoria triggered by the declaration of the 2015 presidential election result cautioned me with these few words; ‘’men will change their ruler expecting to fare better; this expectation induces them to take up arm against him, but they only deceive themselves, and they learn from experience that they have made matters worse’.

Still, in that milieu, I had reminded him that the result ushered in a season of integrity in the country, he again replied thus; no single attribute could be identified as a ‘virtue’. Remember! He added, ‘Politics has its own rules’.

Three years after that conversation, I cannot categorically say that my friend was right or wrong in his prediction. But the present instinct in the country explains two things; first, apart from the fact that the shout of integrity which hitherto rend the nation’s political space has like light faded, jeer has since overtaken the cheers of political performance while fears has displaced reason -resulting in an entirely separate set of consequences – irrational hatred and division.

Adding context to this discourse, it is worthy of note that none of the current challenges (political or socioeconomic) bedeviling the nation started with this administration. For instance, corruption is, but a human problem that has existed in some forms. Its fights also date back to Colonial governments as they (Colonial Overlords) sufficiently legislated against it in the first criminal code ordinance of 1916(No15 of 1916) which elaborately made provisions prohibiting official bribery and corruption by persons in the public service and in the judiciary. Also at independence on October 1, 1960, the criminal code against corruption and abuse of office in Nigeria were in section 98 to 116 and 404 of the code.

But while the situation then may look ugly, what is going on now is even worse and frightening. Apart from Mr. President’s ‘certification osculation’ from UCLES examination claim in 2014, which he averred was conducted by the Cambridge University to that of the WAEC ‘home delivery’ in 2018 despite their (WAEC) earlier position that they never conducted any examination in Northern Nigeria in 1961, the year Buhari claimed to have graduated- a conversation one may not waste words on as its been over flogged, Nigerians are not particularly happy that the President who rode to power by the favour of his fellow citizens and orchestrated ‘integrity’ cannot effectively tame corruption in the country but instead, had allowed it take both nepotistic and supportive forms.

As we know and have observed lately, while ‘nepotistic corruption involves unjustified and often unqualified appointment of friends or acquaintances to public offices in violations to the established norms (federal character), supportive corruption on its parts refers to actions undertaken to protect the existing or already done corrupt practices particularly when the person(s) involved belong to the same ruling party.

Sadly, at a time the country’s economy is showing its inability to sustain any kind of meaningful growth that promotes the social welfare of the people, corruption becomes even more entrenched as scandal upon scandal has completely laid bare the anti-corruption stance of this administration and those who were initially deceived by the present government’s alleged fight against corruption has come to the conclusion that nothing has changed.

This situation is even made worse when one remembers that the list of actions not taken by this administration to confront corruption which has made Nigerians face actual and potential difficulties remains lengthy and worrisome. Chiefly among these is Mr. President’s failure to objectively make corruption fight a personal priority for him or those who report directly to him.

Without any shadow of the doubt, this has fittingly presented the President as one that started off with high moral standards, strong conviction and determination to beat down corruption but has neither lived up to that good intention nor dealt with all transgressors without exception.

No wonder Chinua Achebe in his book the trouble with Nigeria stated that Nigerians are corrupt because the system under which they live today makes corruption easy and profitable; they will cease to be corrupt when corruption is made difficult and inconvenient. The trouble with Nigeria is simply and squarely a failure of leadership and Nigeria can change today if it discovers leaders who have the will, the ability, and the vision.

One other ill that has plagued this administration, faded its integrity light and mirrored it as a central threat to the nation’s attainment of social progress is the arrogation to self, the ‘power’ to ignore the legitimate legislative directives and act free of the judiciary coupled with the penchant for following their self-made tracks without keeping entirely to the tracks or the provisions of the nation’s constitution. This particularly has prompted many to conclude that there is something deeply troubling with their disdain for rule of law.

Thinking about all these in relation
to the prevailing harsh economic situation in the country, a state of depression (or is it a recession), the countdown to the next general elections in Nigeria appears to be comical, yet laced with trepidation as those who voted last time out will want to activate their dreams in another call for ‘change;’ this time for the better after four years of unfulfilled ‘change’.

The electorate should be excused if they enter 2019 with a new dream on their minds, and head to the polls with a different mentality than they had in 2019. The new orientation would be shaped by recent fiscal, sociological, political and communal happenings in the country; coupled with the pockets of Ethno-religious upheavals and misgivings from one region against another or powerful personalities against each other.

Also, it can be safely deduced that many different strata, sectors, and sections of the country will be looking up to 2019 as a year to settle various scores – both idealistically and holistically. Particularly now that the masses have realized that the nation is still being governed by people that do not feel the pinch they made to stoically endure coupled with the reality that the political leaders have fractured our nation’s geography into polarized ‘ethnosyncrasies’ and idiosyncrasies.

And one thing I certainly know is that it will be rewarding moves if Nigerians can come 2019 enthrone upright personalities as leaders. Those with vision and can create a climate where the truth is heard and brutal forces confronted. Nigerians obviously need to take this step as we have previously seen some of our elected officers become the reality to worry about as they became visibly determined to work across purpose with us while some of them are consumed by the vertical pursuit of self-aggrandizement. Allowing this present trend and expecting a different result is tantamount to insanity. Therefore, for us, as a people to break out from this vicious circle of worries and poverty, the time to cause a real change is now.

Most importantly, for Mr. President to pacify and unify Nigerians and maintain his integrity while keeping his administration, a point he must not forget is that like everything in nature, he had just come to power and lacks strong roots and ramifications, he must therefore work hard to uphold what fortune has suddenly tossed on its laps by providing Nigerians with a people-purposed leadership.

Jerome-Mario is a Lagos based Journalist/Researcher and could be reached on; [email protected]

Buhari As Pawn: Denying A Gravely Ill Man His Dignity