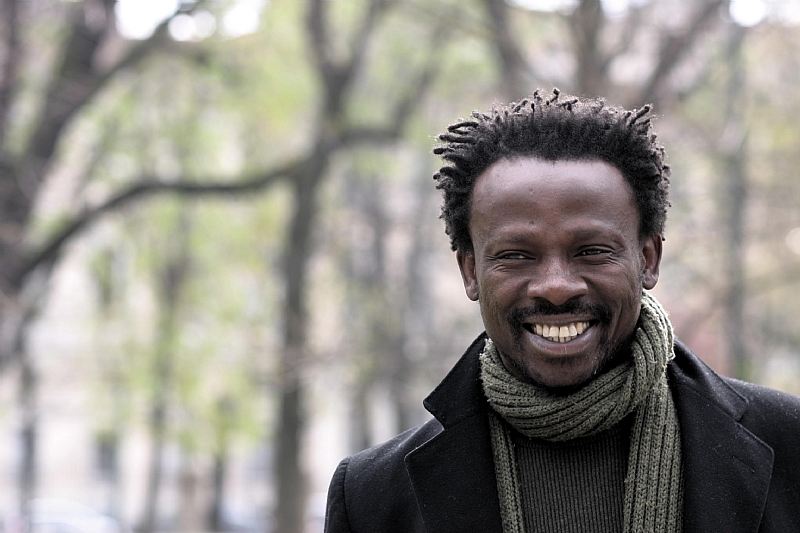 Tarifa, 24th April 2018. The programme for FCATa��s 15th edition brings together eighty films divided into six sections – Long-Sightedness, Shortly, Afroscope, Around Bouanani, Afrodescendants and 15 Years of FCAT – including thirty six premieres in Spain, and two world premieres. The film I Am Not A Witch, Zambian director Rungano Nyonia��s debut feature, will open this edition of the festival. A tragic tale whose magical realism moved the audience at last yeara��s Cannes Festival, which tells the story of a young girl held in one of the witch camps which continue to exist in some African countries. Once again, artistic quality took precedent over content in the selection of the films from the African continent to be screened in Tarifa and Tangiers from 27th April to 5th May, not only in two different cities, but in two different continents and two different worlds.

This year, the FCAT programme features three Nigerian films. The short film My Mothera��s Stew by Sade Adeniran is among the 16 short films which will compete in the Shortly competition section. This is an animated film about a girl who recalls happy moments from her childhood and the smell of her favourite stew in front of her family home.

Meanwhile, director Newton I. Aduaka will take centre stage, participating in a discussion between directors of African descent in Europe, in which they will discuss and analyse the problems they face. Aduaka will present the filmEzra, which is among the films selected by the festival to celebrate its 15th anniversary. In addition, his debut featureRage will be screened for the first time in Spain in the Afrodescendants section at FCAT. Rage was the first film to be directed by a black filmmaker in the United Kingdom.

Fourteen films, including seven fiction features and seven documentaries, all produced between 2017 and 2018, will compete this year in the festivala��s official section, Long-Sightedness. The fiction titles feature a significant majority of productions from the Maghreb and Arab regions (Tunisia, Morocco, Algeria and Egypt), while Sub-Saharan Africa is more widely represented in the competition documentaries, many of which focus on the political state and relationships between the population and governments of various African countries (Burkina Faso, Gabon, Burundi and the Democratic Republic of Congo). These activist movements replicate the Arab Springs which took place in several countries in the north of the continent several years ago.

Is there hope for a democratic transition this time, as has recently occurred in other African countries? A response to this question is sought in documentaries such as Boxing Libreville (AmA�dA�e PacA?me Nkoulou),Kinshasa Makambo (Dieudo Hamadi), Vote Off (FayA�al Hammoun) and even Synaesthesia, Cairo’13 (Maged El-Mahedy). The latter will premiere at the same time in Spain and Morocco during the festival, while Lendemains incertains (Uncertain Future), by Eddy Munyaneza, which focuses on the uncertainty provoked by protests against the Burundian president, Pierre Nkurunziza, in 2015, will have its world premiere at FCAT 2018.

The current emphasis on the incorporation of female values into the public sphere is also apparent in the cinema of a continent which is witnessing the way in which these changes are becoming a reality in the social imaginary of certain countries. In Africa, as in the rest of the world, there is an emerging trend in films which deconstruct the patriarchal discourses which have shaped female identity.

Five contemporary African directors, the majority making their feature film debuts, will demonstrate this trend in the Long-Sightedness section. Among them, as well as Zambian Rungano Nyoni who will open the festival, we find Tunisian director Kaouther Ben Hania, with her intense nightmareBeauty and The Dogs, which was shown during the Directorsa�� Fortnight at Cannes; Theresa TraorA� Dahlberg, a director from Burkina Faso/Sweden, with her documentaryOuaga Girls, starring women with traditionally masculine occupations; and Tangiers-based director Narjiss Nejjar, who reveals a sensitive part of Moroccoa��s history in Stateless.

As for the other sections at FCAT 2018, sixteen short films from all over Africa, most of which will be premieres in Spain, will be shown as part of the competition section Shortly, which will include a world premiere of the animated short filmBriska, by Tunisian director Nadia Rais.

Meanwhile, the parallel section Afroscope will show the reality of Africa through documentaries and fiction films, with a Spanish perspective provided by David Reznak in the documentary CC1682 and David GutiA�rrez Camps in Sotabosc (Undergrowth). In addition, this 15th edition of the festival will pay special tribute to Djibril Diop MambA�ty on the 20th anniversary of his death; to Nelson Mandela to mark the centenary of his birth; to Hugh Masekela, who recently passed away and who composed the music for the film Mandela, Son of Africa, Father of a Nation; and to Idrissa Ouedraogo who took his last breath in February.

Around Bouanani: Another Moroccan Cinema will offer the Spanish audience a unique opportunity to discover a wide-reaching retrospective on the work of Moroccan directorAhmed Bouanani (1938-2011), one of the most avant-garde Moroccan filmmakers who has paradoxically been forgotten in the history of Moroccan cinema. Researcher and director Ali Essafi is the creator of the film Crossing the Seventh Gate, a film essay which juxtaposes recorded conversations with film extracts in an attempt to recreate the artistic world of this director and poet. He is also the curator of this retrospective, which brings together Bouanania��s cinematic work and films by other directors from a generation which worked with him and shared his vision of cinema. This retrospective, presented at the 2017 Berlinale, has never before been shown in Spain. FCAT has provided Spanish subtitles for the thirteen films selected, in the hope that this will encourage other cinematic and cultural institutions in Spain to offer their audiences an opportunity to discover them.

The Afrodescendants cycle will support the platform for African descendants which the festival has become, with screenings of eight national and international films by members of the African diaspora. The 15th edition of FCAT will once again be a place for meeting, discovery, exchange and debate between African and Spanish-African actors, filmmakers and artists, and the rest of Spanish society.

Finally, as a tribute to the fifteenth anniversary of the most established African film festival in the Hispanic world, the 15 Years of FCAT cycle will screen a number of other films which have received both the jury and audience awards at various editions of the festival. The section will feature screenings of several films which reflect the essence of the festival, which throughout its history has sought to show films which continue to weave the narrative, imagery and cultural identity of a multifaceted continent which is growing unstoppably and calling for its rightful place on the world stage.

EXCLUSIVE: Naira Marley Still In Jail Contrary To Reports He Was Granted Bail

Singer, Paul Okoye Proud of not Having Tattoos