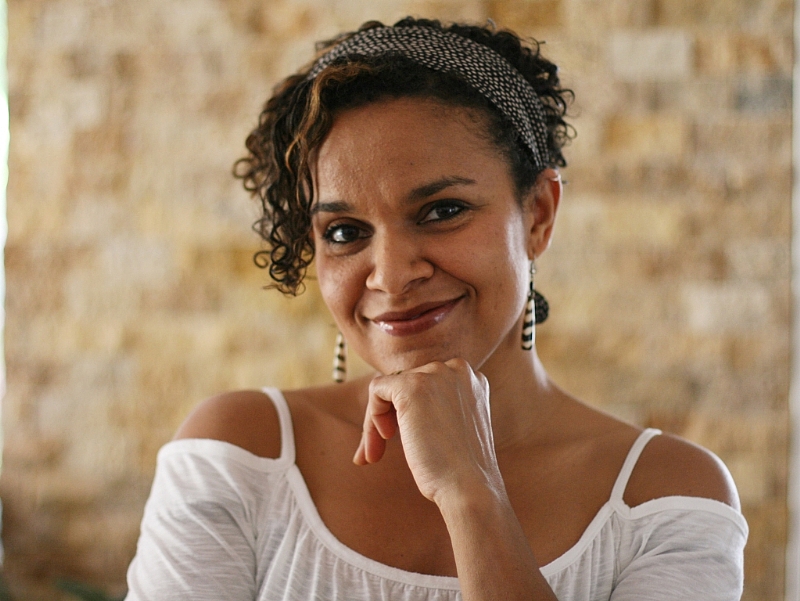 The Nig erian-German writ er E fua Traoré is t oday announced the r egional winner f or Afric a in the w orld’s mos t global lit erary priz e. Traoré, who grew up in a little town in the south of Nigeria, wins with a first person narrative that sees a 13-year-old boy wrestle with the question of what it means to find True Happiness.

The Commonwealth Short Story Prize is awarded for the best piece of unpublished short fiction from the Commonwealth. It is the only prize in the world where entries can be submitted in Bengali, Chinese, English, Malay, Portuguese, Samoan, Swahili, and Tamil.

The international judging panel, chaired by the novelist and poet Sarah Hall , has chosen the five regional winners – tackling issues from abortion to transgender identity, from religion to mental illness – from a shortlist of 24, with 5182 stories submitted from 48 Commonwealth countries.

The Commonwealth Short Story Prize is run by Commonwealth Writers, which develops and connects writers across the world and tackles the challenges they face in different regions.

Commonwealth Writers is the cultural initiative of the Commonwealth Foundation, whose Director-General, Vija y K rishnarayan, said of this y ear ’s winner s: “These remarkable stories are

testament to the vitality and range of writing from around the Commonwealth, to the importance of a truly international prize: one that works across linguistic and cultural boundaries.”

Sarah Hall said : “Each of the winning regional stories speaks strongly for itself in extraordinary prose, and speaks for and beyond its region, often challenging notions of identity, place and society. Individually, the stories exhibit marvellous imaginative and stylistic diversity; together, they remind us that our deeper human concerns and conundrums are shared, and that the short story form is uniquely adept at offering the reader a world in which she or he might feel a sense both of belonging and un-belonging, might question his or her understanding of the world.”

Efua Traoré said : “Africa – and in particular Nigeria – has the most amazing story-tellers. This prize gives me the humbling feeling of being part of something great. I am truly honoured.” Representing linguistic diversity and the richness of varied literary traditions, the five winning stories are a showcase of some of the best talent at work across the Commonwealth right now.

The prize is judged by an international panel of writers, representing each of the five regions of the Commonwealth. The 2018 judges are Damon Galgut (Africa), Sunila Galappa tti (Asia), Kateri Akiwenzie-Damm (Canada and Europe), Mark McW att (Caribbean), and Paula Morris (Pacific).

The prize partners with the British literary magazine Granta, which will publish all regional winner stories online, starting today, featuring one story a week on a Wednesday. Luke Neima, Gr anta’s Online E ditor, said : “Granta magazine is delighted to be introducing the storytellers and writers who have been awarded the 2018 Commonwealth Short Story Prize to our readers. This year ’s selection introduces exciting emerging talents from around the world, writers who bring to their readers a thrilling and essential glimpse of the tradition, culture and vibrancy of life across the Commonwealth. Here is a rich new seam of voices, ideas, and talent from around the world.”

The five regional winners are:
• The Nigerian-German writer Efua Traoré, who grew up in a little town in the south of Nigeria, wins in Africa with a first person narrative that sees a 13-year-old boy wrestle with the question of what it means to find True Happiness.

• Jenny B ennet-Tuionetoa, a human rights advocate and LGBTQIA activist from Samoa, is being awarded in the Pacific region for Matalasi, a story that covers the lifetime of a young transgender man, set on the day of his agreed wedding – as a woman.

• In Passage, Kevin Jar ed Ho sein, who also won the Caribbean regional prize in 2015, sends his midlife crisis-ridden protagonist into the wilderness in search for a mystery woman – with unforeseen consequences for others, and for himself.

• The British writer and former videogame producer Lynda Clark is being awarded in Europe for Ghillie’s Mum – a surrealist take on a mother and son relationship that explores mental illness in a fresh and unusual way.

• In Asia, the regional prize goes to Sagnik Da tta, a writer from Siliguri, India, for The Divine Pregnancy in a Twelve Year Old Woman, which sees a small village confronted with the mother’s decision not to bear the child of God.