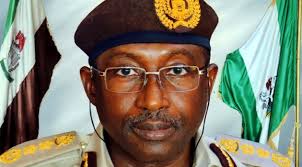 The Nigerian immigration Service has inaugurated N145 million worth forward operational base to enhance border security in the area.

Ahmed Baban Dede, the Controller-General of the immigration made this known in Daura on Monday during the official inauguration of the facility.

He said the service was committed to constructing and equipping forward operational bases nationwide across all the border frontiers for effective policing.

Dede noted that the idea of establishing the forward operational bases was aimed at addressing the numerous challenges confronting border frontiers.

He added that the service was fully committed to addressing crimes being committed in the border frontiers such as cross border banditry, smuggling of migrants and trafficking of persons.

The CG called on the officers and men of the command to make proper utilisation of the facility through regular maintenance and taking adequate care of the base.

In his remarks, Dr Mustapha Inuwa, the secretary to the Katsina state government, who represented Governor Aminu Masari commended the Immigration Service for establishing the base.

He said the state government was in full support of the federal government policy on closure of borders and other mechanisms put in place to enhance security nationwide.

He assured that the state government would continue to support the Immigration Service and other security agencies for effective policing of the area.

NAN also reports that the event was attended by the deputy controller General of immigration, Jere Idris, other senior officers of the service and the controllers in charge of Kano, Kaduna and Katsina states.

No Church Attack in Onitsha… Please Ignore the Rumour!