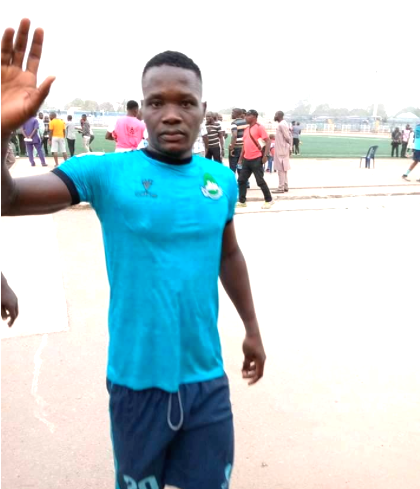 The Nigeria football fraternity was thrown into mourning on Sunday evening when Nasarawa United Chieme Martins slumped and died following a collision with Katsina United.

Martins went down after a collision with with an opposing player when the clash was still goalless.

The ambulance at the stadium reportedly failed to start as medics battled to save Martins’ life, a press vehicle was later used to take him to the hospital, but unfortunately he died shortly after arrival.

Chairman of the League Management Committee has expressed sadness at the passing away of Martins, he also revealed that an Autopsy will be done to determine the cause of his death.

“We commiserate with Nasarawa United and the immediate family of the late player”, Dikko said.

The LMC expects that there would be a standard autopsy to establish the cause of the player’s death.

“It is hoped that the findings of the autopsy would inform subsequent measures, if any that has not been addressed by the existing standard procedure”, the LMC stated.

The match ended 3-0 in favor of Nasarawa United over Katsina United.

JUST IN: I Want To Keep Super Eagles Job – Rohr

Torres, Gameiro and Oblak To Play In Uyo