Nigerian Senate and the Elections’ Sequence – Does it matter!

Nigerian Senate and the Elections’ Sequence – Does it matter! 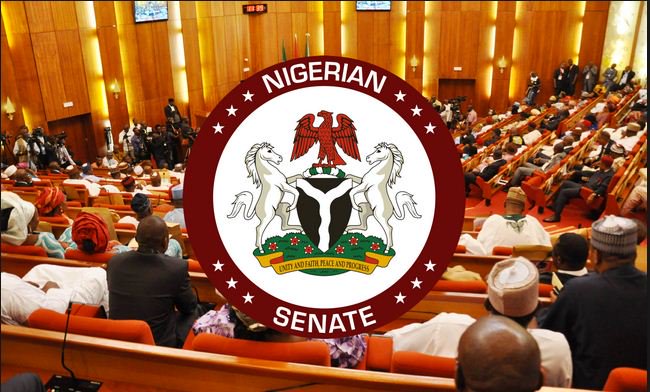 Election is gradually around the corner, with high expectations too. Political parties are warming up. Politicians are getting ready – preparing to secure power in public offices, but mostly with eyed interest at the center. Geared towards presidency. He who must lead, must first learn how to follow. Our political elite do not learn – they are still same old wine in an old keg. So how can they lead?

A political party has showed remorse and have accepted that it once failed its’ people. After three years of lost in the presidency, why now? There is a posturing of sober reflection – a display of media penitence. One political party is hell-bent to be unrepentant and have not brought itself to agree that it has failed. They are beclouded to see the writings on the wall – the people are angry. Between a repentant soul of lip service and a repentant filled heart, indeed the people know. They are aware this is campaign period. They know campaign strategies. They are tired of deceit.

The Independent National Electoral Commission, INEC penultimate this month released a thirty-five year calendar months for electioneering procedures. To this effect, we are now aware of the date of the the different levels of elections from House of Assembly to presidential election – from 2019 to 2054 – I mean the next thirty five years. Isn’t that interesting? At least you can start preparations early if you want to be the next President, Governor, Member of the National Assembly, NASS, or a member house of Assembly of your state in any of this stipulated period.

The timetable released by INEC, says the Presidential election will come first like in 2015 – like it has always been. The NASS, says otherwise. There is a disagreement. They say they are the law making chamber. They say election should begin with the Law making organ, followed by the governorship and houses of assembly, and then the presidential election comes last. There is an electoral amendment act procedure now going on in the National Assembly to this regard. They want to adjust the sequence.

The election sequence does not concern the electorate. It does not trouble us. It does not even matter which election comes first. Our fear is that it should be done in a free, fair and conducive atmosphere for voters. Only then can the right candidates be elected.

The INECa��S Director, Voter Education and Publicity, Mr Oluwole Osaze-Uzzi, said the proposed amendment should not create anxiety within the polity as the basic principles were still the same.

Hear him: a�?I want to explain to Nigerians that we are dealing with the sequence of election not dates of elections. They still reserve the power on the commission to fix dates for the elections,a�?

This is just a bill like every other bill in the National Assembly – a mere sheet of paper – so why should it disturb the Presidency and the National Assembly? It shouldn’t give them grave concerns. If they have governed the populace well enough, I see no reason why that should be a burden before its table.

Bola Tinubu And The Morbidity Of His Ambition.

24 thoughts on “Nigerian Senate and the Elections’ Sequence – Does it matter!”