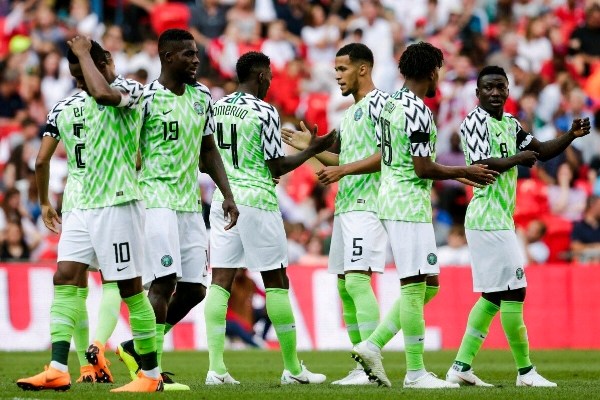 Nigeria’s Super Eagles have qualified for 2019 African Cup of Nation, to be hosted by Cameroon after they draw 1-1 with the Bafana Bafana of South Africa on Saturday in Johannesburg.

The Eagles took a well-deserved lead after just 10 minutes. Samuel Kalu’s delightful cross was met by a helpless Buhle Mkhwanazi.

The hosts, however, grabbed an equalizer through Lebo Mothiba. The result took Gernot Rohr’s team to 10 points and sealed their first qualification in five years.

The three-time champions have missed the last two editions after clinching the top prize in 2013.

Libya, meanwhile, thrashed Seychelles 8-1. What this means is that the winner of the final round of matches between Libya and South Africa will join Nigeria.

In the situation of a draw, the Bafana Bafana will advance with the west Africans. Bafana is second with nine points, while Libya has seven.

Report: Chelsea up for sale at $2.5 billion