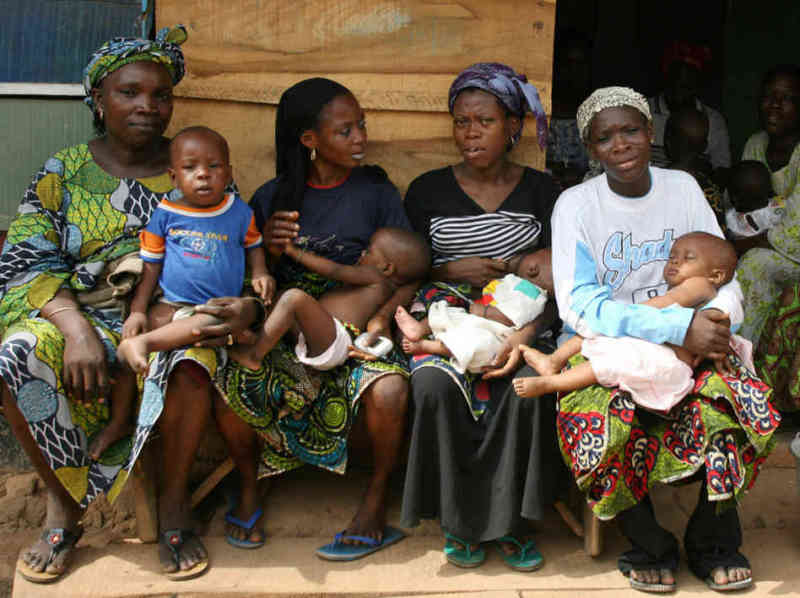 In May 2015, the then Minister of Finance, Dr Okonjo-Iweala shocked many when she revealed that she is a cancer survivor. She made this revelation at the night of tributes in honour of the late Oronto Douglas who fell to the bullets of cancer on April 9, 2015. In her words: a�?I underwent treatment for three years. I had surgery, did chemotherapy and radiotherapy. I had the last surgery 15 years ago and I was declared cancer-free. I am a cancer survivora��. She also revealed how she encouraged the late Oronto Douglas to keep fighting.

Dr. Okonjo-Iwealaa��s case is one of the many lucky stories of narrow escapes from the terminal illness. Every year, 266,000 women die of cancer worldwide, that is, one woman in every two minutes. In Nigeria, more than 14,000 women are diagnosed of the disease each year and more than half of these numbers die eventually. This is just one of the many preventable deaths Nigerian women have to battle with.

According to the World Health Organisation (WHO), every day, about 830 women die from pregnancy and childbirth-related causes, and 99% of the deaths occur in developing countries. It was estimated that in 2015, “about 303,000 women died during and following pregnancy and childbirtha�?. In 2016, Nigeria’s maternal mortality was pegged at 10% of the world’s maternal mortality, where about 111 women die daily from childbirth-related causes. If this is not frightening yet, wait for the next one.

In June 2017, the executive director of the National Primary Healthcare Development Agency (NPHCDA) Dr. Faisal Shuaib, shocked the world when he revealed that Nigeria loses 3,000 children and women daily to preventable diseases due to poor access to basic healthcare. He added that children die before their fifth birthdays because of Nigeriaa��s broken healthcare sector.

It is not so much the news of a broken health sector that is shocking as the risk women and children undergo. For the health sector in Nigeria has always been a crumbling pack of cards with little or no attention received from our government. It is daily asphyxiated by challenges ranging from inadequate funding and capacity gaps, a decline in Universal Health Coverage goals, unavailability of health coverage to low-income class citizens, inadequate healthcare facilities, and a generally weak healthcare system.

In 2013, Jhpiego, an agency committed to the reduction of maternal mortality, averred that 11% of women who die during pregnancy and childbirth, die because of malaria, and about 20% of children who die before the age of five, die because of malaria. Women and children continue to be the worst hit in this vicious cycle of health challenges, and this is not hard to explain. Gender, according to the World Health Organisation, has a significant impact on health as a result of both biological and gender-related differences. The health of women and girls is of particular concern because of barriers of exclusion and discrimination erected by certain societies against women that impede the access to quality healthcare.

Regrettably, the government has continued to turn a blind eye to the challenges facing this all-important sector for the survival of women and children. Even more saddening is the avarice that greets private donor funds to the sector by Nigerian healthcare workers. For instance, between 2002 and 2014, the Nigerian government through the Federal Ministry of Health and the NPHCDA reportedly received vaccines and cash-based support from GAVI Alliance to the tune of $100 million. These funds were disbursed to strengthen the health system with special focus on operations cost for vaccine campaigns and immunization system support. However, it later turned out that health workers in the ministry turned this donor funds into a jumbo-spree for the signing of inflated contracts and dubious procurements.

Interestingly, Gavi is undaunted by this shocking graft in Nigeriaa��s health sector as it included Nigeria in its recently announced typhoid conjugate vaccine coverage. Nigeriaa��s Dr. Okonjo-Iweala who chairs the Gavi board, while making the announcement, emphasised that the vaccine could be a lifesaver for millions of children with no access to clean water and sanitation. There was indeed no better person to bring this message closer home than Dr. Ngozi Okonjo-Iweala, the former World Bank MD and Nigeriaa��s two-time minister of finance, who lost a cousin to the disease and almost lost her son too. The disease which is caused by ingesting contaminated food and water killed over 128,000 people in 2016 and infected over 12 million others.

Surprisingly, before joining the board of GAVI Alliance, Dr. Okonjo-Iweala had been at the forefront of advocating a better and more stable life for women and children. Under the G-WIN project, a project she midwifed into reality, the Ministry of Health allocated resources to recruit and/or train additional doctors to perform the surgery necessary for correcting fistulas. When she is not seen making efforts at easing access to healthcare, she is advocating financial inclusion for women because as a development economist, she emphasises that access to quality healthcare is multi-dimensional. She once said, a�?We should always remember that any talk of womena��s empowerment must necessarily include girlsa�� empowerment. As we all know, inequalities tend to reproduce across generations. We need to do everything we can to break this cycle of inequality. We need mentors and role models. We need to ensure that young women have the opportunity to shape their own future, and to aspire to be the best they can in any field they choose.a�?

Studies have confirmed that a woman who is empowered is more likely to raise a healthy child than her counterpart who is not. While we continue to push for greater budgetary allocation to the health sector, we should also push for financial inclusion for women and girls, for an empowered woman would be able to access better healthcare, and secure the future of her children. Borrowing a leaf from Dr. Okonjo-Iwealaa��s submission in her foreword to Because I am a girl, a�?Investing in girls is undoubtedly the right thing to do. It is also the smart thing to doa�� if you care about women empowerment.

What is the Nigerian government doing to curb this continued manslaughter of dreams and resources? This is difficult to answer with the constant low-budgetary allocations to the health sector and the regular labour disputes with health workers. The Federal government must strengthen the health system through proper funding and monitoring of allocated funds. Also, the Ministry of Health should flag a campaign to gather high-quality data relating to maternal mortality in order to respond to the needs and priorities of women and girls. But these measures will yield little results if we allow women who have the capacity to be as great as Dr. Ngozi Okonjo-Iweala and Oby Ezekwesili to continue to die at the hands of insensate doctors. The Nigerian Medical Association should, therefore, be alive to its responsibility. The negative precedence of barking and biting only when its members are owed salaries must stop. This revered association must look into its own soul and rid itself of its own excesses in form of negligent doctors who put women and children at risk. There is no better time to act than now.

Running and scratching oneself is not possible

7 thoughts on “Nigerian Women and Children as Endangered Species”