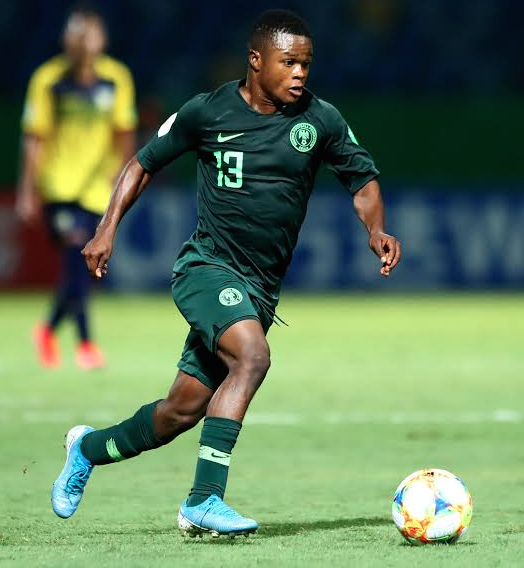 Nigeria U17 International, Akinkunmi Amoo has signed a 4-year contract with Ibrahimovic’s Swede side Hammarby IF according to reports.

The young creative midfielder has been linked with a move to many European clubs in the past but nothing materialised.

The new deal he just signed with Hammarby IF is expected to begin from June 7 when the Nigerian sensation would’ve clocked 18 and has been assured of first team football by the clubs manager and co-owner, Zlatan Ibrahimovic.

Akinkunmi in a meeting with Ibrahimovic four weeks ago, stated that the Swede international convinced him to join his team ahead of other clubs.

However, Zlatan, who is a huge admirer of the ‘Nigerian Messi’ was pictured with Amoo as the club looks to tie him to a contract before other clubs turn his head.

The AC Milan forward owns 23% stake in Hammarby IF FC and he’s keen to see the young Nigerian develop at the club as he believes he has the potential to become one is the best midfielders in the world.

Amoo is one of the few top performers in Nigeria Golden Eagles team that failed to impress at 2019 FIFA U-17 World Cup in Brazil; He also made a name for himself at the CAF U-17 African Cup of Nations in Tanzania last year when the team managed to finish third.