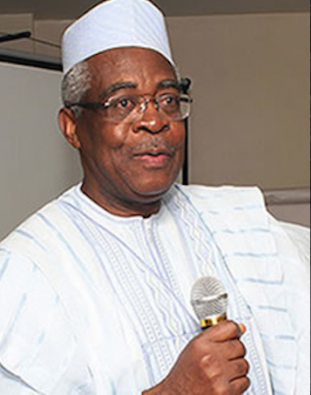 A former Minister of Defense, Gen. Theophilus Danjuma (retd.), on Saturday, urged Nigerians to defend themselves against killers in the country.

Danjuma made the call while speaking at the maiden convocation of the Taraba State University, Jalingo, Taraba State.

a�?I am not a politician and politics is one profession I dona��t want to belong to because if I am a politician, I would not say what I am going to say to you now.

a�?When I arrived this arena, I saw rich cultural display, and I was amazed at the rich cultural heritage of our people. Taraba is a mini Nigeria with diverse ethnic groups living together peacefully, but the peace in this state is under assault.

a�?There is an attempt at ethnic cleansing in the state and of course, some rural states in Nigeria.

a�?We must resist it. We must stop it. Everyone of us must rise up.

a�?The ethnic cleansing must stop now otherwise Somalia will be a child play.

The former Minister for Defence, General Theophilus Danjuma has called on Nigerians to defend themselves before they all die.

The politician said Nigerians should defend themselves against ethnic cleansing.

He gave this warning on Saturday at the maiden convocation ceremony of Taraba state University in Jalingo, Taraba state capital.

Danjuma said the unnecessary killings which is a target to ethnic cleansing on the people of Taraba and Nigeria at large must stop.

He called on the people to a�?rise and defend themselves against the killers. a�?

He added, a�?You must rise to protect yourselves from these people, if you depend on the Arm Forces to protect you, you will all die.

a�?This ethnic creasing must stop in Taraba, and it must stop in Nigeria. These killers have been protected by the military, they cover them and you must be watchful to guide and protect yourselves because you have no any other place to go.

a�?The ethnic cleansing must stop now otherwise Somalia will be a child play.

INEC To Commence CVR Ahead Of 2019

Bank PHB Was In Distress Before CBN Examination, Says Witness

60 thoughts on “Nigerians, Defend Yourselves Against Killers -TY Danjuma”