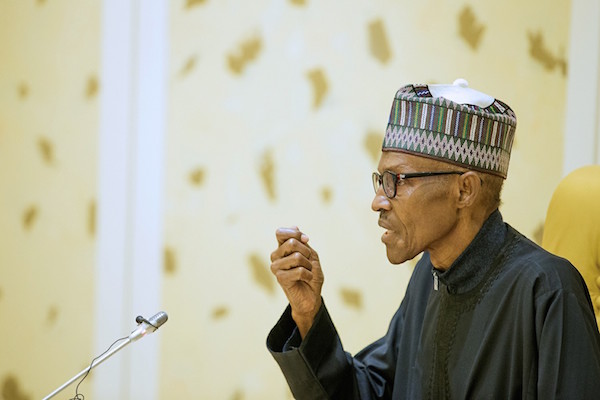 Nigeria’s ailing president was glaringly absent on Monday as his deputy marked their two years in power, with no word on the head of state’s health three weeks after he went on indefinite medical leave.

Muhammadu Buhari and his deputy Yemi Osinbajo were sworn into office on May 29, 2015, two months after securing the first opposition victory against a sitting president in Nigerian history.

But their election pledges to defeat Boko Haram Islamists and tackle endemic corruption have been overshadowed, first by economic recession and increasingly by speculation about Buhari’s health.

The 74-year-old former military ruler spent nearly two months being treated for an undisclosed illness in London in January and February.

He left for a fresh round of treatment in the British capital on May 7 and has not been heard from or seen since.

Rumours swirled that he may send a pre-recorded message to the nation for Monday’s public holiday.

But Osinbajo said only in a speech: “I bring you good wishes from President Muhammadu Buhari, who as we all know is away from the country on medical vacation.”

He ended by asking for people’s “continued prayers for the restoration to full health and strength and the safe return of our president”.

Elephant in the room

Buhari’s health – and his ability to lead – has increasingly overshadowed politics in Nigeria, particularly in the last three weeks because of the lack of update.

Presidential aides told reporters at a briefing in Abuja last week that they would not even answer questions about it.

But Buhari did not attend a G7 summit in Sicily last week, although he was among several African leaders invited. Osinbajo went in his place.

During his time in London earlier this year, they insisted Buhari was “hale and hearty”, despite his increasingly frail appearance, and had to counter rumours he was terminally ill and even dead.

Buhari himself admitted on his return to Abuja in March that he “had never been so sick” and had undergone blood transfusions.

Since then, he was rarely seen in public, missed a succession of cabinet meetings, Friday prayers and his grandson’s wedding.

Aides again insisted he was working from his private residence on doctors’ orders.

As well as political uncertainty, despite the formal handover of powers to Osinbajo, Buhari’s illness has triggered an earlier-than-usual jostling for position for the 2019 election and talk about succession.

May 29 – known as “Democracy Day” for the date civilian rule was restored in Nigeria in 1999 – has typically been used by the government of the day to run through a checklist of its achievements.

Osinbajo was no different, pointing to successes in weakening Boko Haram jihadists in the northeast and the release, rescue or discovery of 106 of the 219 Chibok schoolgirls held by the group since 2014.

Buhari was last seen in a photocall with 82 of the girls just before he left for London.

Osinbajo also outlined progress tackling security threats from militants in the oil-producing south, and conflict between farmers and herdsmen in central states.

He also reaffirmed the government’s determination to root out corruption and vowed no let-up against suspects.

He acknowledged the economy had been “the biggest challenge of all”, because of sustained low global oil prices that cut government revenue, leading to a weakened currency and higher inflation.

Nigeria, which is Africa’s biggest economy on paper, has been in recession since August last year.

Osinbajo pledged to “build on the successes of the last two” years until the end of their time in office.

“Very importantly it is for a country whose fortunes are no longer tied to the price of a barrel of crude, but instead to the boundless talent and energy of its people, young and old, male and female as they invest in diverse areas of the economy.”