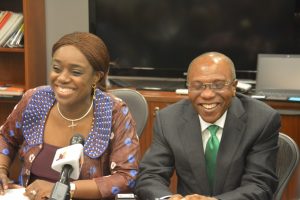 The nation’s external reserves, also known foreign exchange reserves, rose by 50 per cent in the last one year to hit $38.73bn on December 28, 2017, the Central Bank of Nigeria data showed on Sunday.

This means that the foreign reserves gained $12.9bn between December 2016 and December 2017.

The CBN latest statistic showed that as of December 22, 2017, the Nigeria’s foreign reserves stood at $37.92bn.

Relative stability in the Niger Delta, uptick in the global oil prices, improvement in Diaspora remittances and establishment of the Investors and Exporters Foreign Exchange Window by the CBN in April 2017 have led to significant growth in the country’s external reserves especially in the second half of the year.

This means the external reserves have risen by about 10 per cent in one month.

In his remarks on the nation’s external reserves, the CBN Governor, Mr. Godwin Emefiele, had in November, said, “It is my belief that if we remain resolute with our efforts, policies and actions, we can attain a foreign exchange reserves position of about $40bn by end of 2018.”

Emefiele had in December disclosed that the nation’s foreign reserves rose to $38.2bn with the issuance of Eurobonds by the Federal Government.

He regarded the external reserves figure as the highest in 39 months.

In November, the Federal Government raised $3bn through Eurobonds, which was oversubscribed by about $11bn and split across 10-year and 30-year tranches at issuance yield of 6.5 per cent and 7.625 per cent, respectively.

The CBN spokesman, Mr. Isaac Okorafor, had said that the increase in foreign reserves could be attributable to peace in the Niger Delta.

Okorafor added that with the sustained forex interventions by the central bank, the apex bank had pushed forex demand from the parallel market into the formal regulated market.