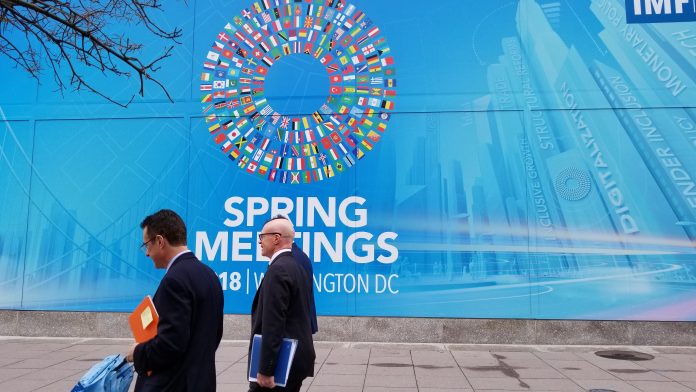 The International Monetary Fund (IMF) said on Tuesday a trade deal being opposed by Nigeria is good for Africa.

However, the administration of President Muhammadu Buhari opposes it. In March, Nigeria announced it would not be a part of that continental trade deal, which seeks to remove barriers and create free movement of goods and services across Africa.

President Buhari cancelled a trip meant to allow for wider consultations especially with labor leaders, who think the deal might lead to job losses in Nigeria.

Analyst have reasoned that with no competitive economic structure to facilitate equal trading, global economies could latch on the treaty, to dominate the Nigerian market by contracting their productions to Africa, and dominating local markets.

Globally, the experts warned that President Donald Trumpa��s trade wars, restrictions and counter restrictions from China and elsewhere may derail the global economic growth. Mr. Trumpa��s pulling out of the 11-country Comprehensive and Progressive Agreement for Trans-Pacific Partnership is unhealthy for the global economy, they said.

Obstfeld was speaking at the World Bank and IMF Spring Meetings taking place in Washington, D.C.