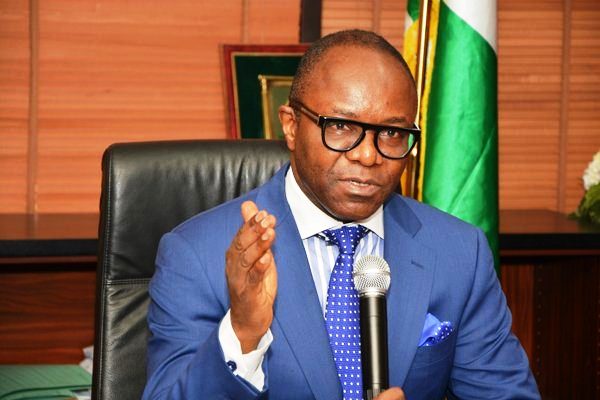 The Movement for the Survival of the Ogoni People (MOSOP) has described the offer by Nigeria's minister of state for petroleum, Ibe Kachikwu, to build a petrol service station in Ogoni as ridiculous, degrading and a callous response of government to the Ogoni problem.

Publicity Secretary of MOSOP Fegalo Nsuke made this known in Bori yesterday in an address to MOSOP chapter leaders.

Nsuke said the petrol station offer to Ogoni makes our country a Laughing stock as it clearly depicts a lack of initiative on the part of government to address the lingering Ogoni problem.

Nsuke further said what is expected of government at the moment is the release of funds for the cleanup of polluted Ogoniland, immediate actions to provide drinking water for the people as an alternative to the poisoned water sources which the Ogoni people currently rely on and putting an end to the current harassment of our women and farmers by military men supervising pipeline laying by the Shell Petroleum Development Company of Nigeria.

The MOSOP spokesperson said rights violations in Ogoniland must be halted by the Nigerian state and called on the Nigerian president to protect the Ogoni people from the brutish Shell petroleum and the Nigerian military.

On oil resumption, Nsuke said Nigeria must move beyond it's previous coercive approach which has led to current quagmire which puts the lives and security of over 1 million Ogoni people at risk.

“Nigeria must respect the Ogoni people, seek their inputs and consent in decisions that affect them and not try to coerce the people as we currently experience in the forceful attempt to resume oil production in Ogoni without cleaning previous mess and getting the people's consent” he said.

JAGABAN AT 65: BETRAYAL OF PROGRESSIVISM