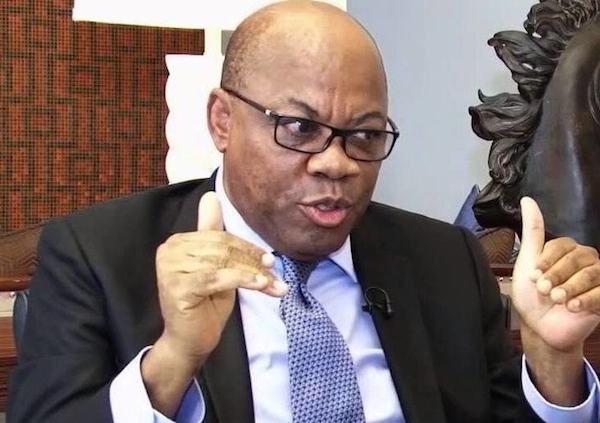 A head of 2019 general elections, there appears to be a major crack in camp of Nigeria Intervention Movement (NIM), the coalition popularly known in the political circle as the Third Force as the first attempt at forming an opposition bloc appears to be a discord, signaling that the road to the presidency may be a bit muddy for what many political observers say could be a disjointed opposition looking to sweep power from the ruling All Progressives Congress (APC).

How The Journey Started: Obasanjo And Agbakoba

The NIM, which prides itself as the alternative to the APC and the opposition Peoples Democratic Party (PDP) was first unveiled in November 2017 by some Nigerian political and human rights activists led Chief Olisa Agbakoba (SAN), a former president of the Nigerian Bar Association (NBA).

Earlier in July 20 2017, Agbakoba had written to a former president of Nigeria, Chief Olusegun Obasanjo in which he frowned at the quality of leadership in Nigeria, and called on the older generation to hand over power to the youth.

He appealed to Obasanjo to help Nigeria discover its own a�?Macron and Trudeau,a�? recalling that a�?modern history of Nigeria was shaped by young people,a�? referring to Obasanjo, Azikiwe, and Awolowo.

Agbakoba had noted that Nigeria is afflicted with the a�?crop of leadership that have outlived usefulness and effectiveness as a result of old age,a�? citing the works of the late Prof. Chinua Achebe, which blamed the situation of Nigeria to leadership.

a�?It beggars belief that there is no culture among our political elite, to encourage younger people with new ideas to aspire to positions of leadership, in particular the office of the President,a�? the letter read.

a�?Your Excellency was 39 years when you became head of state. Zik was 40 when he founded the NCNC. Awolowo was 43 when he became premier of western region. Ahmadu Bello was 40 when he co-founded the NPC. Ojukwu and Gowon were in their 30s when they took centre stage in Nigerian politics. It seems to me a great contradiction that after a young vibrant set of leaders got Nigeria off the ground in the early 60a��s, Nigeria has steadily descended into chaos and is probably now ranked as one of the most ungovernable countries in the world,a�? the letter added

In his response to Agbakoba, Obasanjo had admonished him to stop sitting on the fence and lamenting on the decay in the system. While urging Agbakoba to take up elective position, he also promised to personally mentor and guide him if he would a�?step forward and develop a mobilisation framework that seeks to rearrange Nigeria.a�?

Obasanjo in clear terms told Agbakoba that political leaders in his generation made a�?great efforts with determination, commitment, broad national outlooka�? to shoulder their responsibilities, adding, however, that he shared some of the sentiments expressed by the human rights activist.

The ex- president who pointed out some of them were thrown into limelight by circumstances not of their own making but were able to record varying degrees of successes, said it is saddening that the younger generation a�?have in most cases resorted to work avoidance in the quest for leadership.

a�?The point to ponder is how have the successor generation positioned themselves to lead? Most members of the younger generation of Nigerians are mostly contented with waiting for dead mena��s shoes and are unwilling to beat an alternative path to leadership. In such a situation, it is to be expected and actually it is human that those with some head start in life will not concede such advantages freely and based on their innate goodness. Some of these young people whose interest we canvass, have in the recent past been a complete disappointment and failures in their various appointed or elected positions,a�? Obasanjo said.

a�?So while these failed young men and women should not be a disincentive to support other young people, I dona��t think that the older people should be excluded in our leadership recruitment process. For me if I find young men and women who have shown profound commitment and exemplary integrity in their various chosen careers and professions as well as zeal for the service of our fatherland, I will, of course, give such both my support and inspiration, not withstanding their age, circumstances or place of birth,a�?

a�?Late Chief Awolowo and great Zik were younger than you when they threw their hats in the ring. Ita��s time to take the hard road. Olisa, ita��s time to jump down from the fence and the siddon look cornera�? Obasanjo said.

The former president made public his support for the Agbakoba-led coalition when, last Tuesday he released a letter he wrote to President Muhammadu Buhari. Obasanjo, Obasanjo not only asked Buhari not to bother seeking re-election in 2019, he also suggested the creation of a new political movement to oust the ruling APC and Buhari from office in 2019, saying the president, whom he supported during the 2015 election, has failed and lacks what it takes to take country out of the woods.

According to Obasanjo, since both the APC) and the PDP have failed the country, concerned Nigerians should rise and form a third option capable of leading the country towards the path of recovery.

a�?I have had occasion in the past to say that the two main political parties a�� APC and PDP a�� were wobbling. I must reiterate that nothing has happened to convince me otherwise. If anything, I am reinforced in my conviction. If neither APC nor PDP is a worthy horse to ride to lead Nigeria at this crucial and critical time, what then do we do? Remember Farooq Kperogi, an Associate Professor at the Kennesaw State University, Georgia, United States, calls it a�?a cruel Hobsona��s choice; ita��s like a choice between six and half a dozen, between evil and evil. Any selection or deflection would be a distinction without a difference.a�� We cannot just sit down lamenting and wringing our hands desperately and hopelessly.a�?

a�?Nigeria deserves and urgently needs better than what they have given or what we know they are capable of giving. To ask them to give more will be unrealistic and will only sentence Nigeria to a prison term of four years if not destroy it beyond the possibility of an early recovery and substantial growth. Einstein made it clear to us that doing the same thing and expecting a different result is the height of folly.

a�?Already, Nigerians are committing suicide for the unbearable socio-economic situation they find themselves in. And yet Nigerians love life. We must not continue to reinforce failure and hope that all will be well. It is self-deceit and self-defeat and another aspect of folly.

a�?What has emerged from the opposition has shown no better promise from their antecedents. As the leader of that Party for eight years as President of Nigeria, I can categorically say there is nothing to write home about in their new team.

a�?We have only one choice left to take us out of Egypt to the promised land. And that is the coalition of the concerned and the willing a�� ready for positive and drastic change, progress and involvement. Change that will give hope and future to all our youth and dignity and full participation to all our women.a�?

Few days after Obasanjoa��s letter, the NIM unveiled its committee to implement the agenda of the group. Tagged the NIM PROVISIONAL TASKS TEAMS AND STEERING COMMITTEES MEMBERSHIP LIST, the list include

Few days after the list was made public, some members on the list are already disowning their membership of the group. First is Jiti Ogunye, Lagos-based constitutional lawyer whose name appears on the legal team of the NIM. In a statement issued last weekend titled NOT A MEMBER OF NIM, Ogunye said a�?I am not a member of, or in the legal team of NIM , as being circulated; NIM is a a�?bodya�? being mischievously labelled a�? Third Force Obasanjoa��s Coalition Movement a�? in the social media.

Also distancing themselves from the list is Isyaku Rabiu, whose name appeared on the Finance Team and Ayo Obe who is on the legal team. In their separate statements made available to journalists, the duo said they never attended any meeting of NIM and were never contacted before they were allegedly appointed into any position.

Rabiu, Chairman of IRS, described the information that he was the Deputy National Chairman of NIM as misleading and a misrepresentation of his position regarding political activities in the country.

He further explained that the publication and said appointment were done in error as his nonpartisan status on general political activities in the country fuses with his vision to build bridges of love, understanding, peace and security, unity and trust, service, sacrifice, patriotism and development across the country.

He said a�?I was invited to join the group NIM on the understanding that it was going to be a pressure group that supports the above and vision. At no time did I attend any meeting of the group where it was discussed and agreed that I was to serve as the Deputy National Chairman of the movement or that the movement was going to be a political party or association that will partake in politicsa�?.

On her part, Mrs. Obe said she didna��t subscribe to the use of her name and photograph in promoting the group, noting that her contact was added to the social media platform without her consent.

According to her, a�?I have not taken part in any of its social media discussions, I have not physically attended any NIM meetings, and I have not offered myself for appointment, election or selection into any of its offices or committees. Despite this, my name and/or picture have been circulated on at least three occasions as having some position, or having been appointed to committees of the NIM.

a�?Now, as more and more people have continued to ask me questions about NIM which I am neither able nor inclined to answer on its behalf, it seems clear that it is only the messages associating me with NIM that have reached, and remained with, the wider public. It is therefore incumbent on me to make it clear that I am not a member of NIMa�?.

Borno APC aspirant denies defecting to PDP, insist that a�?I am still in the racea�?.

9 thoughts on “NIM: Concerns As New Coalition Kicks Off On Wrong Footing”