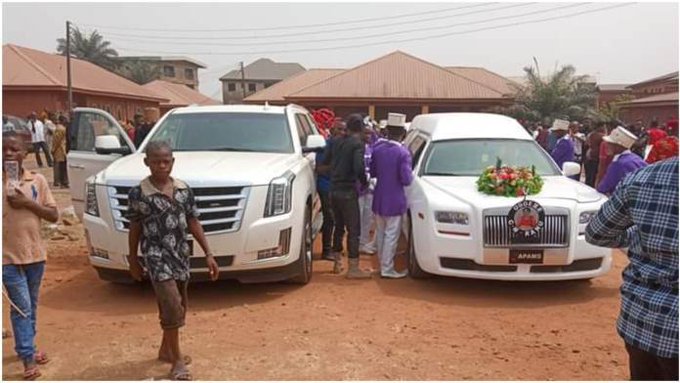 The Human Rights Writer’s Association of Nigeria (HURIWA) is delighted to observe that the Nigerian army put up a very professional style of enforcement of the law during the just-ended funeral rights for the parents of the Indigenous People of Biafra (IPOB) director Nnamdi Kanu in Afaraukwu-Umuahia the Abia State capital.

Apart from minor reports that was fed to us about an arrest that was made of some Jewish worshippers which we have already issued a statement to the effect that the Chief of Army Staff Lieutenant General Tukur Yusuf Buratai should order for the investigation of whether that allegation is true and if it is, then those people should be released..

Apart from that minor report, there seems to be not a lot more allegations brought forward by some members in Abia State. However there are no other negative reports from that burial that took place in Abia. This is a very commendable step and we want to encourage the Nigerian Army to sustain this tempo of rights- based internal security operations across Nigeria. “This Army Chief Lieutenant General Tukur Yusuf Buratai is making his boss President Muhammadu Buhari proud by showing iconic leadership embedded in the finest military traditions of loyalty and faithfulness to the Nigerian Constitution. It is clear that President Muhammadu Buhari must have asked the Nigerian Army to comply totally with best global practices.”

Most of the reports that are released by Amnesty International are usually very damaging and it damages the integrity and respectability of the Nigerian Army and paints it as an army of occupation. Maybe the organisation would benefit from an editorial reevaluation. If one is making allegations about a community that had been burnt, then there is a need for such writers to report the other side of the story to balance in order to ensure that all parties are carried along.

No one is saying Amnesty International should cover up for the Nigerian Army but if you’re reporting based on allegations and hearsay you must also try to reflect the side of the institution you are talking about. If you want to complain that the Nigerian Army has killed one citizen illegally then you must endeavour to make provisions for the accused institution’s perspective. That is what makes a report balanced, objective and fair.

We at HURIWA are not comfortable as human rights activists that a group of people have formed a habit of going to the Amnesty International’s Nigerian office to create a public disturbance. In as much as we are activists and support the right to civil protest, we should not allow Nigeria to get to a level where a certain organisation will be treated as an outcast. Amnesty International will never be an outcast because a lot of Nigerians are active members of Amnesty International. It is even a thing of joy that Amensty International decided to open an office in Nigeria. Some of us became Amnesty International members as far back as the 1980s. These days it’s even easier to join Amnesty International: you can do so with ease by way of email address to register you. It’s a very organised setting and if you get to a time when you want to start paying fees doing so is possible. It is very transparent and their way of governance standards is very high but we are appealing to Amnesty International to reorganise their module and reporting style in order to reflect all sides and they must endeavour not to paint the impression that the Nigerian military is not professional, because they are. Nigerian Army is one of the best in the World.

In regards to the military, the defence headquarters spokesperson should be called to order and we are appealing to the Chief of Army Staff to do so. The way he speaks regarding Amnesty International, as if the organisation is a Boko Haram sponsor: they are not because Amnesty International is a well-known, credible, global organisation with their head office in London. The Defence spokesperson should visit their office in London and witness how efficient and well organised they are. Amnesty International is not a group that can be used by any country to destabilise Nigeria because even in Britain this organisation observes and reports on issues that the British government face.

Amnesty International is not a tool that can be used to destabilise Nigeria.

We are not speaking on Amnesty International’s behalf; we are simply speaking on what we have observed. We have also pointed out their faults, particularly the way they write their reports on Nigeria. If you want to write on institutions that do not meet the human rights threshold in their internal security operations, then you must also give the accused a hearing chance in order to ultimately protect the rights of the citizens.