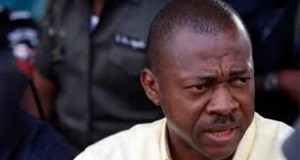 Former Enugu State Governor, Sullivan Chime says that no amount of campaign of calumny or hate speech will stop President Muhammadu Buhari from emerging victorious in 2019.

Reacting to Buhari’s declaration to run for a second term, Chime told the News Agency of Nigeria (NAN) in Enugu on Monday that the president had done a lot to deserve reelection.

a�?No matter all the campaign of calumny against this government, what matters most is how it has impacted the people.

a�?Within less than three years of his administration, all those major requests by the Southeast like the Enugu-Onitsha, Enugu-Port Harcourt expressways, second Niger Bridge, he has made them a reality.

a�?We made all sorts of requests for funds for Enugu State under the past administration running to N40 billion but it gave us excuse that it would cause inflation.

a�?It is part of history that the present administration has released the money for Enugu State.

a�?I am excited that the President has agreed to run for a second term,a�? Chime said.

The former governor pledged to support his decision and would campaign vigorously for the president at the appropriate time. (NAN)

75 thoughts on “No amount of campaign of calumny will stop Buhari re-election: Sulivan Chime”