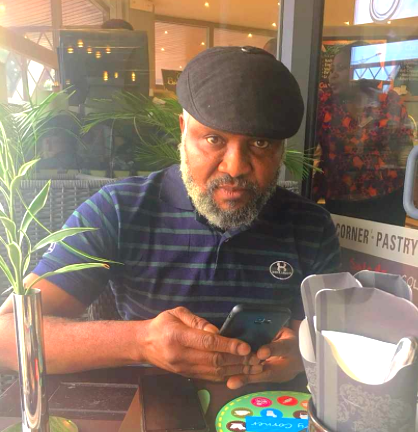 Typically, those who are paid from our commonwealth to speak for the current federal administration in the well-funded propaganda office known as the media department located within the precincts of the center of national political power known as Aso Rock presidential mansion, often mischaracterize persons with difference of opinions from the official line as mischief makers.

The erstwhile back page columnist and managing Director of the tabloid known as Sun Newspaper Mr Femi Adesina who is the chief spokesman of President Muhammadu Buhari is reported to have categorized critics of his master as wailers.

Those who refused to wear their thinking caps and often applauded all actions of the current president are euphemistically and romantically called hailers by the spokesmen of President Muhammadu Buhari.

However, I believe that this mischaracterization is unprofessional given that democracy thrives on constructive criticism and free speech which means that citizens are to freely express their opinions with the abiding faith that they are all for the best interest of the public since the public good is the fundamental objectives of politics, as it were. Section 39 says Citizens have the freedom of expression.

It is therefore in that line that this writer intends to analyze the unfortunate betrayal of the constitutionally guaranteed federal character principle by President Muhammadu Buhari in almost all of his strategic appointments of Nigerians into positions of authority in the current dispensation.

The relevant section of the Nigerian constitution which spells out imperative of the observance of the federal character principle is constructed in such a simplified language that a reader does not need the interpretative authority of the court system to arrive at an acceptable meaning.

This key provision of the Nigerian law called federal character is the national soul of the complex political entity known as Nigeria so as to assure the citizens that Nigeria is not just a geographical representation or expression but a home for all Nigerians in which nobody or group is to be seen as first, second or third class citizen.

Federal character principle defines both the logic of equity and that of equality even as that is the singular factor that brings about national harmony, abiding tranquility and national unity which are the mainstay of Nigeria’s coat of arms.

Elymologically, coat of arms are the distinctive heraldic bearings or shield of a person, family, corporation or country. The coat of arms of Nigeria consists of a black shield with a wavy white pall, symbolizing the meeting of the Niger and Benue rivers at Lokoja. The black shield represents Nigeria’s fertile soil, while the two supporting horses or chargers on each side represent dignity.

The observance of federal character principle in the matter of appointments to key positions is the practical demonstration of the enforcement of the spirit of our supreme law which obliges the president and governors to abide by the legal requirement of affirming the unity of purpose of our nation which in effect symbolize that in Nigeria, no single group; ethnicity or religion is higher than the other.

Section 14(3) (4) states: “(3) The composition of the Government of the Federation or any of its agencies and the conduct of its affairs shall be carried out in such a manner as to reflect the federal character of Nigeria and the need to promote national unity, and also to command national loyalty, thereby ensuring that there shall be no predominance of persons from a few State or from a few ethnic or other sectional groups in that Government or in any of its agencies. (4) The composition of the Government of a State, a local government council, or any of the agencies of such Government or council, and the conduct of the affairs of the Government or council or such agencies shall be carried out in such manner as to recognize the diversity of the people within its area of authority and the need to promote a sense of belonging and loyalty among all the people of the Federation.”

Before proceeding, I must assert that since 2015 when the former military Head of state Major General Muhammadu Buhari (rtd) was sworn in as president, he has failed to comply with the requirement of the federal character principle because he has concentrated all the key internal security positions and economic appointments in the hands of his kinsmen and women to the exclusion of over 400 other ethnic blocs.

Take a look at the heads of the Nigerian Immigration Services (NMS); the Nigerian Customs; the Nigerian Civil Defence; the head of the powerful secret police and that of the external wing of the security institutions. These key offices are headed by persons from the North and are all Moslems. This is a clear violation of the federal character principle. The heads of all the core economic institutions and the maritime industry with the exception of the Central Bank are similarly dominated by that same section.

I do not wish to even consider the issue of almost all the most important positions that are allocated to just one ethnicity and one religious group to the exclusion of all others, but this distortion is seen as the reason for the widespread violence unleashed on Christian communities by terrorists and armed Fulani herdsmen who are never held to account and even those of the terror suspects arrested, most of them are being released and even a senator has a proposed legislation to reward these terrorists even as their victims are neglected.

The whole issue systematic targeting of CHRISTIANS centers around the need for federal character principle to be observed for that is the most critical element that unify the nation and oils our constitutional democracy.

Look at the story of the Nigerian delegation to Germany to hold talks with Siemens on how to improve electricity power and what you see is the lack of fair representation because the three persons are from the same region and are of one religion.

The theme of their consultation is about electricity power which is at the core of our economic agenda and here you have just one section of the Nigerian Ethno-religious communities representing the entire country.

This is patently unfair.
Let us read the story as captured by This Day of Tuesday March 10th 2020.

The reporter affirmed thus: “The Chief of Staff to President Muhammadu Buhari, Mallam Abba Kyari, and the Minister of Power, Mr. Saleh Mamman, met yesterday with Siemens officials in Germany in furtherance of the deal recently signed by the president and the energy company on improving electricity supply in the country.

It was learnt that the duo, joined by the Nigerian Ambassador to Germany, Mr. Yusuf Tuggar, are in Europe to fine-tune the details of the agreement, the process of which started two years ago when Buhari met with German Chancellor, Angela Merkel on August 31, 2018.

THISDAY gathered that the Siemens team was led to the meeting by the Global Chief Executive Officer of the company, Mr. Joe Kaeser.

Confirming the meeting through his Twitter handle yesterday, which was verified by an official of the ministry, who said Mamman left the country on Sunday, the minister explained that he was in Germany to find ways of proffering solutions to the current power problems in Nigeria.

“The Chief of Staff to the President, Mallam Abba Kyari and I are in Munich right now meeting with executive members of @Siemens to discuss issues relating to the Nigerian power sector. The Nigerian Ambassador to Germany H.E @YusufTuggar has joined us for this meeting.

“It will be recalled that the Nigerian government @NigeriaGov recently signed a six-year deal with the German company, which will result in the effective generation, transmission and distribution of at least 25,000 megawatts of electricity by the year 2025,” Mamman said.

Buhari had tasked Siemens and other stakeholders in the power sector to work hard to achieve 7,000 megawatts of reliable power supply by 2021 and 11,000 megawatts by 2023 during the agreement signing ceremony.

“My challenge to Siemens, our partner investors in the distribution companies, the Transmission Company of Nigeria and the electricity regulator is to work hard to achieve 7,000 megawatts of reliable power supply by 2021 and 11,000 megawatts by 2023 in phases 1 and 2 respectively.

“After these transmission and distribution system bottlenecks have been fixed, we will seek in the third and final phase to drive generation capacity and overall grid capacity to 25,000 megawatts,’’ he had said.

The president also said the agreement would be a strictly government-to-government arrangement to avoid the problem of going through middlemen. This is the report and these representatives of just one Ethnicity and religion are in Germany to speak for all of Nigeria. Where is the fair representation?

Two Harvard University Professors of Government made the same observations in their book “How Democracy Die: What history reveals about our future” as follows: “The strength of the American political system, it has often been said, rests on what Swedish Nobel Prize-Winning economist Gunnar Myrdal called the American Creed: the principles of individual freedom and egalitarianism. Written into our founding documents and repeated in classrooms, speeches, and editorial pages, freedom and equality are self-justifying values. But they are not self-executing. Mutual toleration and institutional forbearance are procedural principles – they tell politicians how to behave, beyond the bounds of law, to make our institutions function. We should regard these procedural values as also sitting at the center of the American Creed – for without them, our democracy would not work.”

A�Dino Melaye: The era of military junta is back

Zamfara: 2023 Presidential Ambitions and the Callousness of Northern Leaders

11 thoughts on “No federal character, no national soul”