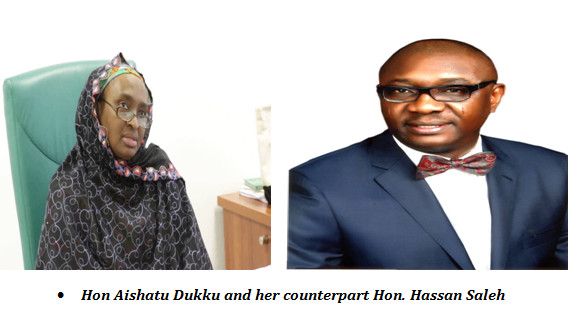 If there is any conversation that has swept Nigerians off the ground in recent times, it must be the controversy surrounding the federal governmenta��s plan to establish cattle colonies in all the states of the country. Already many lives have been senselessly lost on that account. But despite the losses, most of the southern and middle belt states have made it clear that they will never give their ancestral lands over to any cattle rearers, no matter the amount of pressure the federal government puts on them. There is an African adage that says: the man who never knows where the rain started beating him will never know where he dried his body.

Virtually all the state Houses of Assembly in southern Nigeria are of the same opinion that the federal governmenta��s desire to establish cattle colonies in their various states could turn out to be its grand design to re-colonise and ultimately Islamise the country. The Assemblies collectively saw the move as a ploy to plant Fulani herdsmen across the country in the guise of cattle rearers, to enable them subdue and conquer their host communities with time. Since then, the atmosphere in the country has remained charged.

So, when the recent video clip depicting Hon. Hassan Saleh of the federal House of Representatives in opposition to his colleague, Aishatu Dukku was released on the social media about a week or so ago, it immediately went viral. Nigerians were apprehensive. Nigerians were angry. Nigerians spoke. Nigerians asked questions. Nigerians debated. And it was interesting listening to all their various shades of opinion on the issue at stake.

Hon Aishatu Dukku had tried to impress on her parliamentary colleagues in Abuja that it was not fair sitting there in the House, passing judgement on cattle rearers from the North, even when they knew little or nothing about them. She explained or rather tried to explain that in their nature, cattle rearers valued the lives of their cattle even more than their own lives. She said a�?that was how God created them.a�?

A visibly irritated Hon Hassan Saleh immediately lashed out at her. He said he found Dukkua��s explanation insulting and insisted that not even the lives of a billion cattle could possibly equate the life of one human being.

As usual, by the time you knew it, every adult Nigerian was contributing to the conversation on both sides. While everyone waited for the dust the argument generated to settle down, one contributor threw in the bombshell that made many wink their eyes in disbelief. The former head of state, Chief Olusegun Obasanjo had just expressed his disgust with the nepotic rule of the incumbent head of state and the criminal silence of his APC government. Obasanjo made a clarion call on Nigerians of good will to come together and form a a�?Coalition for Nigeria Movementa�?, possibly to wrest power from the APC during the 2019 elections.

The man then suggested that Chief Obasanjo was visibly angry with the incumbent President because he was nepotic in the extreme. Obasanjo advised Buhari not to contest again because of his age and health. But behind all that was because Buhari was a herdsman who owned several hundreds of cows and represented the Fulani herdsmen in the current controversy, while Obasanjo settled as a farmer after his retirement as head of state, and represented the farmers.

Another African adage holds it that it is where you take your bath that you dry your body. Although the originator of the idea of trapping Obasanjo and Buhari in the famer-herdsmen controversy intended it to be a joke, there appears to be some sense in the view, except that Obasanjo is from the south and this conflict only happens in the north, among northerners. We may never know the truth about what happens in the future. At least, not now!

If you ask me though, what I think is that when Hon. Dukku said the cattle rearers valued the lives of their cattle more than their own lives, she was misjudged by those who taught they understood her well. But when we take a closer look at her statement, we may not so easily dismiss her claim with just a wave of the hand. She could have been right in a way.

What I think is at stake in this conversation is the inability to communicate effectively. And now that the dust seems to have settled, it is important that the federal government does not make an issue of cattle rearing in the country any longer. Rearing cattle is a private business and the federal government should not be involved in it. The government has no cattle rearing business in any state. So, the individuals who are into the business should not be protected by government any more than other traders who deal in building materials, fashion designing, motor car repairing and so on. In the first place, all these controversies would not have arisen if the government had not taken a a�?special interesta�? in protecting cattle rearers, especially the Fulani, over and above other Nigerian business men and women.

There is no problem with states whose governors want the promulgation of laws in favour of cattle colonies, provided the governors realise that any new governor who comes in after them and does not want the grazing laws will have created a major problem for, and among his people. In other words, this is a time bomb that could explode any moment if it is not properly handled.

So, what should the federal government do? I have said it somewhere before and I am saying it again. One of the silly mistakes many public office holders make is to hire someone younger than them as a�?advisersa�?. These younger people would always look for what gets into their pockets and are likely to deceive their principals, telling them what will make them happy but also knowing it all to be false. An older man will think differently and take his advisory job with great commitment. Better still the younger man can be hired for his agility but the older man must supervise his activities. This is the first step. Once that is accomplished, ideas will begin to flow from left and right and the ship of state will begin to flow in the right direction. For indeed, there is no problem without solution.

The Subversive Biafran Agitation, Ethnic Responses and The Nigerian Government

The World Ridicules Buhari on Biafra

10 thoughts on “No Problem Without Solution”