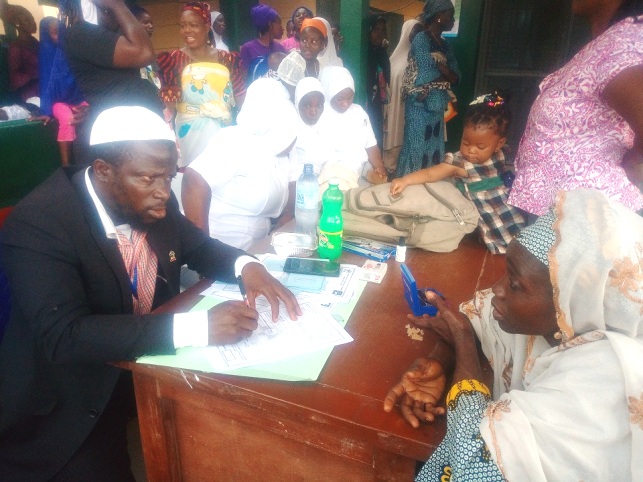 The failure of the Federal Government to release the Basic Health Care Provision Fund (BHCPF) of the National Health Act has continued to generate concerns among the citizens.

The Senior Technical Adviser, Development Research and Project Center (DRPC) Dr. Emmanuel Abanida said this, lamenting that the non release of the fund which was in 2018 budget was delicate and dangerous given its importance to health care delivery in the country.

He said this in Abuja at a Strategy Session on advocacy for the implementation of BHCPF organised by Engaged Citizens, Partnership to Engage, Reform and Learn, EC-PERL, a programme of the Department for International Development (DFID).

The strategy session which was organised by EC-PERL in collaboration with Health Sector Reform Coalition was attended by stakeholders including health experts, civil society health advocacy groups and journalists.

Abanida said it was a source of concern that the fund which was captured in the 2018 budget was not released less than 40 days to the end of the year and that this was a dangerous indication for provision of health care services for the citizens.

Abanida urged President Muhammadu Buhari to ensure the release of the fund immediately to save lives of the indigent citizens who need access to health care services.

Speaking further, Abanida said failure to release the money was having a negative effect on health care delivery in the country, especially in the rural areas as it could have been handy in the revitalisation of primary health care centres. The fund is expected to help reduce out of pocket spending on health care through the National Health Insurance Scheme.

“As we move to the end of the year, if we do not get this money, obviously, when they are doing the 2019 budget they will put zero application to 2018,” he said.

He lamented that because the year is already running to an end, whatever is released now would be mopped up by December otherwise it must be returned to the government treasury.

“In 2018 we are talking of about N 55 billion and people have given reasons why it is not forthcoming, like the discordance among the three health agencies to utilise the fund when disbursed,”.

“If we see health as a topmost priority, then they should start getting their money. We cannot continue running from Geneva to London, London to Paris looking for money whereas we need to tack basic care of our people.

“I believe that the political will to make sure that it happens is not strong because if it is strong, it will certainly come. Health in Nigeria is not a priority. We prioritise security, power food security but you need to be healthy to be able to provide food. It is when you are healthy that you can solve security problem and the HDI will certainly improve,” Abanida said.

The DFID Federal Partnership Facilitator, Mrs Chika Okoh said the objective of the meeting is to galvanize media action on the implementation of BHCPF so that the fund would be released and used to enhance improvement in the healthcare delivery services for the good of the people.

The National Media Engagement Adviser, Engaged Citizens Partnership to Engage, Reform and Learn (EC-PERL), Hadiza Abdul-Abubakar charged the media to amplify the voices of the citizens on the demand for the release of the fund.

Abdul-Abubakar said the release of the fund would enhance the delivery of healthcare services to citizens without facing catastrophic heath expenditure and prevent avoidable deaths in the country.